In numbers.. Here’s the amount of stored fuel confiscated by Lebanese army today 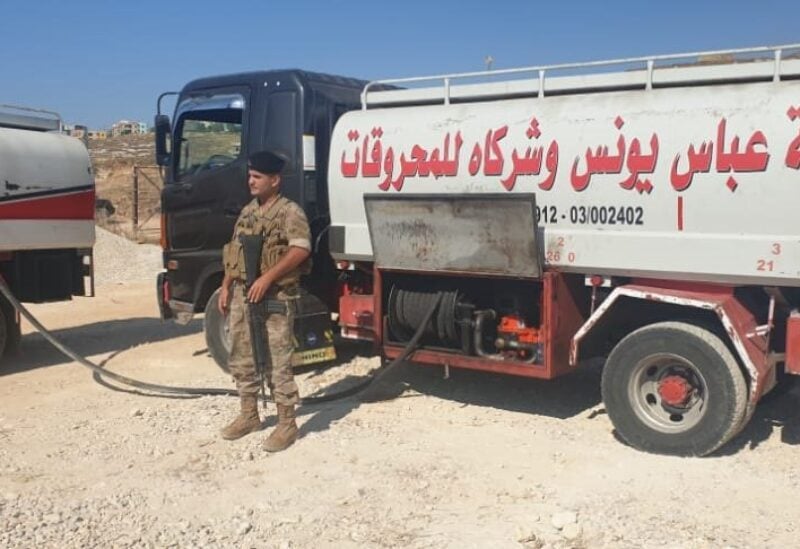 In a series of tweets, the army announced its campaign to reveal the quantities of diesel and gasoline hidden in various Lebanese areas, as part of efforts to combat storage and smuggling in light of the current crisis, as follows:

– 53,000 liters of diesel fuel in Kherbet Qanafar – West Bekaa, to be distributed to agricultural stakeholders according to the official price.

– Seizing 21,000 liters of gasoline hidden in two tanks in the town of Kfar Dlakous – Zgharta.

– 13,000 liters of diesel was confiscated from a tank in the town of Kfardebian, and the quantity was distributed to the owners of generators in the town.

–14,000 liters of gasoline were found hidden inside tanks belonging to a station in the town of Aaitit – South.

– Seizure and confiscation of 20,000 liters of gasoline hidden in an underground tank in Taybeh – Baalbek.

– 53,000 liters of diesel fuel was confiscated in Kherbet Qanafar – Western Bekaa, to be distributed to agricultural stakeholders according to the official price.

– 4 tanks containing 100,000 liters of diesel fuel were confiscated in Beddaoui.

– 100 gas bottles hidden inside a house were seized in a residental neighborhood in town of Taalabaiya – Bekaa, and the owner pledged to sell them according to the official price and within half an hour.