The French police in charge of protecting the perimeter of the Elysee Palace, arrested a person who tried to photograph the palace without a permit, coinciding with the arrival of Lebanese Prime Minister Najib Mikati.

After repeatedly asking him to stop filming, the young man insisted on photographing the buildings, saying it was built by “Napoleon”, and it is the property of the people, which necessitated his arrest by the security forces. 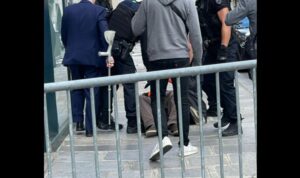 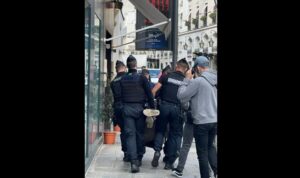