In Video: what has William Noun said before being interrogated, and what did his father reveal to “Sawt Beirut International” 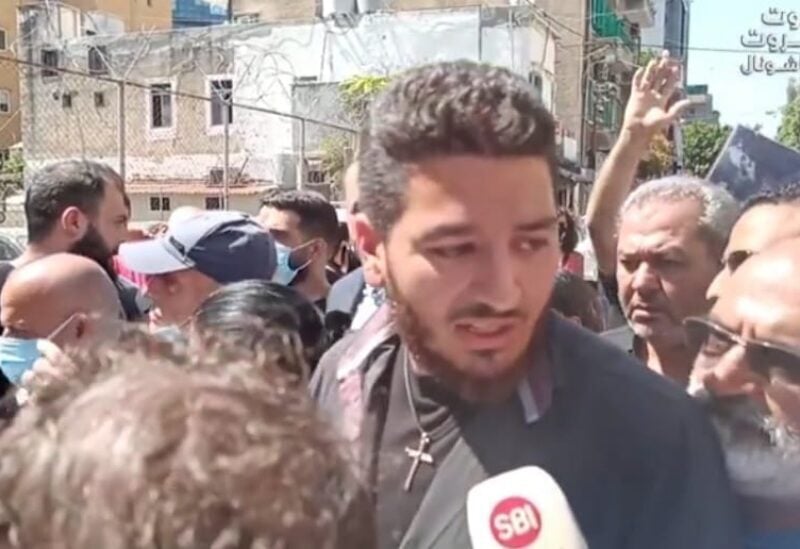 William Noun’s father responded via  “Sawt Beirut International” to what MP Tariq Al-Marabi said that he excluded his son from the lawsuit he filed against the activists who stormed his house by saying, “We do not accept anyone’s pity, and when he excludes him, he must exclude the rest of the activists. Either William and the rest of the young men be quizzed and arrested, or they leave all together.

He explained that “Yesterday, he received a phone call informing him of his summons for investigation.” He sarcastically said, “Either they want to subject him to a training course, or they find out who put nitrates in the port and they want to tell us,” confirming that “there is a lawyer from the Bar Association accompanying the activists,” stressing that “if they think they  can pressure William to silence him, this will not happen, and when those responsible for the port explosion are revealed, then we will stay home, otherwise we will continue our course until we reach the truth,” pointing out that the one who beat his son in front of Mikati’s house was officer George Damaa

For his part, William Noun said, “We are not afraid, and I want to ask them where they were on August 4,” adding, “We are not ashamed of what we are doing, and we will tell what happened with complete honesty.” To Tariq Merebi he said : “As you said that you do not want to pursue me as I am the brother of a martyr, the activists who were summoned are martyrs’ families as well, so let him be a man and forfeit his right against them or let him pursue me as well.”