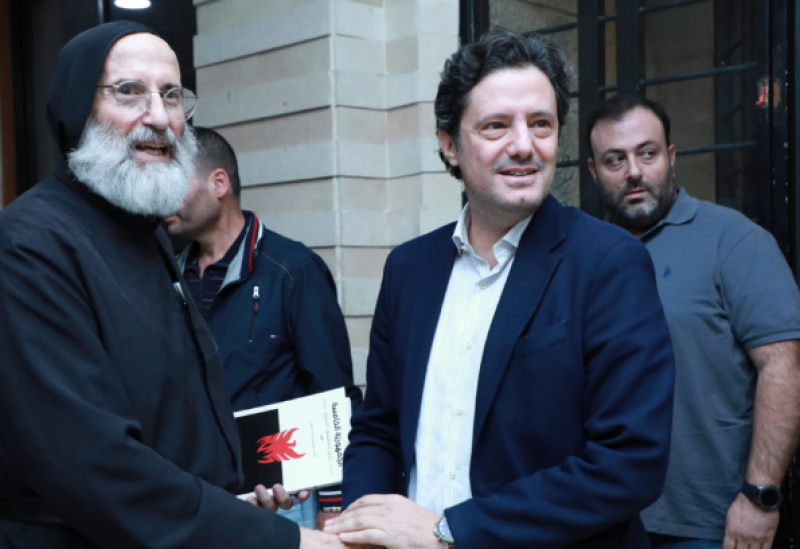 The Cultural Movement – Antelias hosted a symposium on Father Michael Rouhana’s book “The Fifth Republic: The Solution to the Lebanese Dilemma” on Friday at the Rahbani Brothers Hall of Saint Elias Monastery – Antelias, under the auspices of Caretaker Minister of Information Ziad Al-Makary.

Minister Makary stated in an intervention that Lebanon’s chaotic situation “prevents us from dealing with major internal problems.”

“33 years have passed since the Taif Agreement, and there is controversy over its implementation. It is quite evident that we have not succeeded in building a state, and what we are experiencing today is shameful, and we all bear responsibility — citizens and officials alike,” Makary said.

“We yearn to live in a stable country because we have energies — young women and men who can build a country of which we are proud. We are also proud of the fact that Lebanese energies have contributed to the renaissance of the Gulf, yet we are alarmingly losing all these energies by the day,” Makary warned.

He went on to voice regret that Lebanon has become swarmed with Syrian refugees. “We cannot deal with this issue properly at a time that it could lead to an abyss; the boat will sink with everyone on board. As long as these basic issues are not addressed seriously, there will remain a big problem in the country,” Makary added.

“We are going through the most delicate stage in Lebanon’s history. There is no government, no presidency, and we cannot carry on our negotiations with the World Bank; we cannot get Egyptian gas; we cannot develop nor do anything!” Makary exclaimed.

The Information Minister finally regretted that the election of a new Lebanese President was not taking place in a democratic way.  “They demand consensus, yet I do not deem consensus over a president a democratic process,” he concluded.