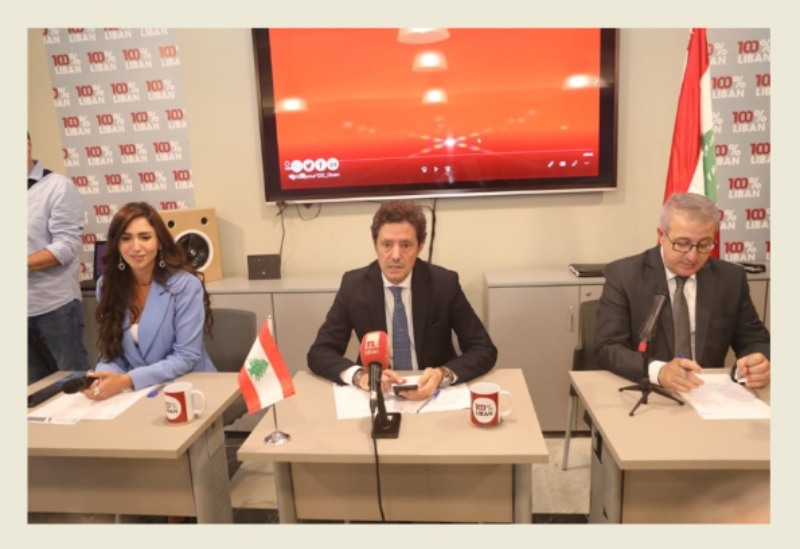 Under the patronage and presence of Caretaker Minister of Information Ziad Al-Makary, the 100% Liban Group hosted a meeting titled “Keeping Up with the Fourth Authority’s Work as a Leverage for the Lebanese Economy” at its headquarters in Sin El Fil.

Al-Makary gave a speech in which he emphasized the critical importance of individual initiatives at all levels “because the state is completely absent.”

Moreover, he pointed out that “the world has been changing at a faster pace in light of modern media, and the ministry of information has been affected by that.”

The Information Minister went on to highlight the ministry’s relentless efforts to prevent any sort of infringement against media freedom.

“Of course, there are other media problems such as hate speech, threats and exposure against journalists, but despite that, we are still within acceptable limits, to some extent, in comparison to the wide-scale crises across the nation,” he added.

Touching on the media law, the Information Minister said that coordination in this regard was underway with UNESCO, in cooperation with the President of the Press Syndicate, the Syndicate of Editors, and the National Media Council.

“The MoI has taken a decision to publish the draft media law on its website to be the subject of public discussion, and we will announce that next week. We will give a month’s period to collect public opinions and comments  for a final vote, leading to a law that satisfies everyone to a large extent and one that resembles our country,” Al-Makary explained.

“It seems that this government will keep running its caretaking tasks until the beginning of the year 2023 — even if a new president is elected. Our goal is to amend the law and return it to the parliamentary committees,” he added.

Furthermore, Al-Makary pointed to ongoing coordination with international organizations including UNESCO, UNDP, embassies, and others, over several issues such as hate speech and fake news.”

As for the protocol that was signed with the French state, represented by Ambassador Anne Grillo, and in cooperation with the French National Audiovisual Institute, on digitizing the archives of Tele Liban and the Ministry of Information, Al-Makary said that it was “on the right track”.