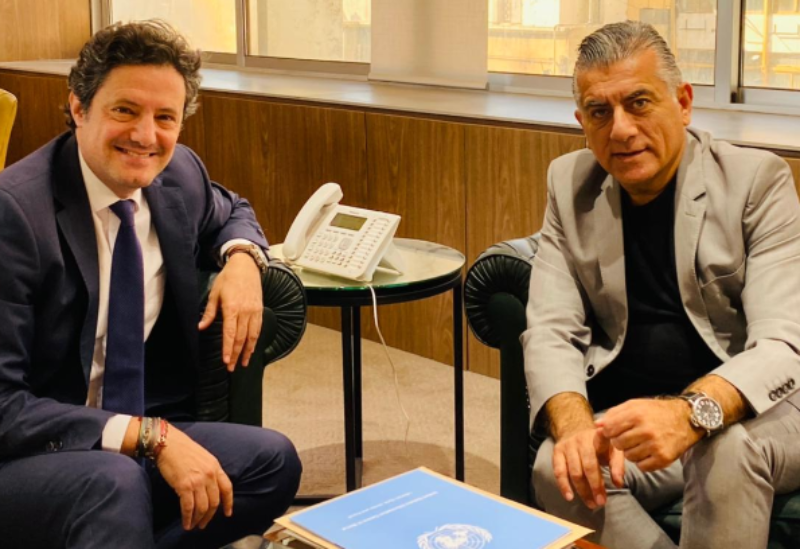 Caretaker Minister of Information, Ziad Makary, on Tuesday welcomed in his office at the ministry, Media professional, Monzer el-Merhebi, hailing el-Merhebi’s media efforts in serving North Lebanon for many years portraying its civilized image through shedding light on its heritage, environmental and touristic sites, and its customs, traditions and coexistence, through his “TL” TV Program “Maraya al-Shemal.”

Minister Makary underlined the purposeful media role and the sincere national professional message embodied by el-Merhebi through his work.

In turn, el-Merhebi hailed Minister Makary’s efforts at the helm of the ministry and his work in conveying the bright image of Lebanon in all international and Arab podiums, despite all the difficult circumstances afflicting the country.