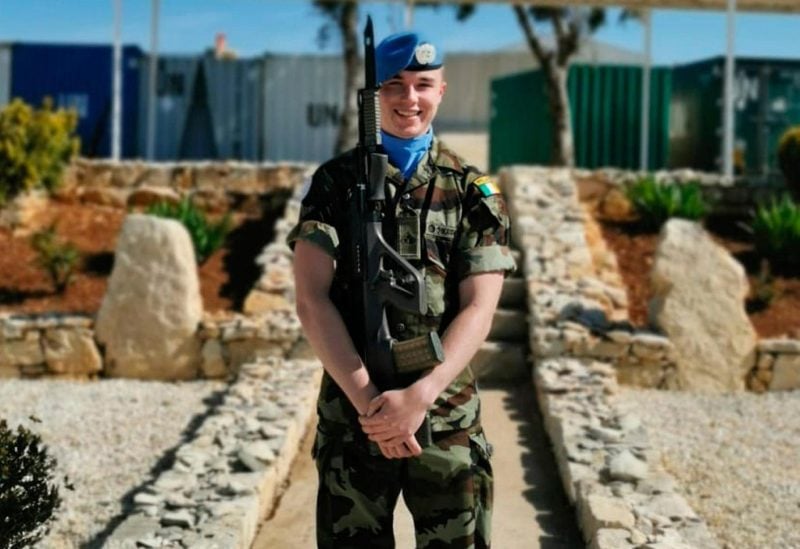 Irish Trooper Shane Kearney who was injured when his convoy came under attack in Lebanon (Image: Defence Forces/PA Wire)

An Irish soldier who was seriously injured on a UN peacekeeping mission in Lebanon is to return home to the Republic of Ireland.

Trooper Shane Kearney suffered a head injury when the armoured vehicle he was travelling to Beirut in came under attack.

Pte Seán Rooney was killed in the incident on 14 December.

The 22-year-old will be flown by a medical aircraft from Beirut Airport to Casement Aerodrome, Baldonnel, then taken to Beaumont Hospital in Dublin.

Trooper Kearney, who is from Killeagh in County Cork, is in a stable condition, the Irish Defence Forces has said.

The remains of Pte Rooney, 24, were repatriated to Ireland on Monday following a UN ceremony to honour him in Beirut the previous day.

Pte’s Rooney’s mother Natasha, his fiancée Holly McConnellogue and grandfather Eugene were among those present when the aircraft landed.

His funeral Mass will take place at Holy Family Church in Dundalk on Thursday at 09:00 GMT.

The remains will then be taken to All Saints Catholic Church in Colehill in County Donegal for a burial service with full military honours.

It is understood the soldiers’ armoured vehicle was surrounded by a mob and fired on while travelling to Beirut at about 21:00 on 14 December.

Three separate investigations are being conducted into the incident by the United Nations Interim Force in Lebanon, Lebanese authorities led by a military prosecutor and the Irish Defence Forces.