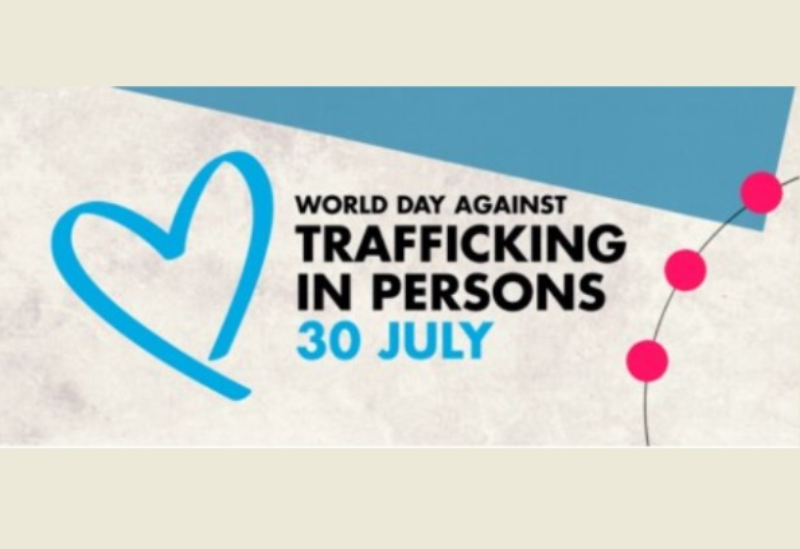 The International Organization for Migration (IOM) and the United Nations Office on Drugs and Crime (UNODC) in Lebanon hosted awareness-raising events on human trafficking for more than 150 migrants from various communities to commemorate the World Day against Trafficking in Persons (TiP) 2022.

The workshops were put on in association with Legal Action Worldwide (LAW), KAFA (enough) Violence & Exploitation, L’Union Pour La Protection de L’Enfance Au Liban (UPEL), and Caritas Lebanon. The project offered a chance to acknowledge the suffering of human trafficking victims and to advance and defend their rights.

“Lebanon is currently enduring severe crisis episodes, which makes it crucial for victims to seek help” stressed Judge Henry Khoury, Minister of Justice. “To achieve that, capacity-building and resources should be enhanced in order to use technology as a gamechanger to end human trafficking.”

Raising awareness about human trafficking provides an important foundation for individuals, first responders, law enforcement entities, service providers, and others to recognize the indicators of human trafficking and how to prevent it and respond adequately.

The sessions – jointly conducted by the different partners – discussed the topics of sexual exploitation, the sponsorship system and trafficking for forced labor – including child labor- in addition to an overview of smuggling and trafficking in the context of irregular migration.

They were also followed by the distribution of dignity kits that contain key essential supplies to help women and girls maintain proper hygiene.

“Whatever its nature, the crime of human trafficking remains one of the most heinous crimes. Its perpetrators deserve the most severe penalties, and its victims require protection and assistance to enable them to reintegrate into society,” said Mrs. Claudine Aoun, President of the National Commission for Lebanese Women’s Affairs.

Trafficking in persons is a serious crime and a grave violation of human rights. Every year, thousands of men, women and children fall into the hands of traffickers, in their own countries and abroad. Every country in the world is affected by trafficking, whether as a country of origin, transit or destination for victims.

The World Day against Trafficking in Persons was proclaimed by the United Nations General Assembly, in its resolution A/RES/68/192. on the 30th of July 2013. Such a day is necessary, as declared in the resolution, to “raise awareness of the situation of victims of human trafficking and for the promotion and protection of their rights.”

The Activity is part of projects funded by Switzerland, Cyprus, and the Netherlands.