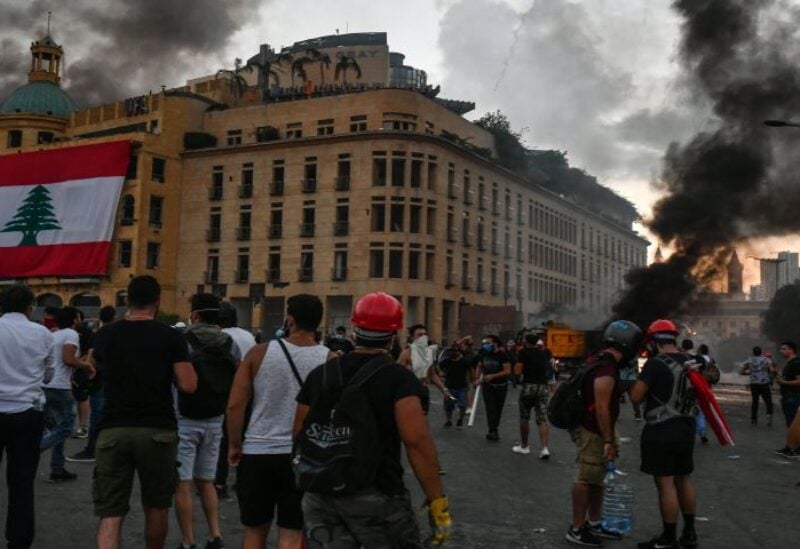 On the anniversary of the Beirut port blast, protesters marching are demanding an end to Iranian influence in Lebanon.

Protesters were marching towards the Martyr’s Square at around 7pm local time waving Lebanese flags and chanting “Iran out, Iran out,” according to BBC Persia.

Anti-Iran and anti-Hezbollah slogans could be heard from the crowds on the anniversary of the catastrophic blast that killed more than 200 people and left thousands more wounded.

Tensions have been mounting in the crisis-stricken country over what many believe is the government’s failure to fully investigate the blast.

The port explosion, considered one of the biggest non-nuclear blasts ever recorded, happened when more than 552 tons of ammonium nitrate stored in a grain silo in the city centre caught fire.

It leveled buildings within a two-mile radius.