Is a specific date to reopen schools has been set? 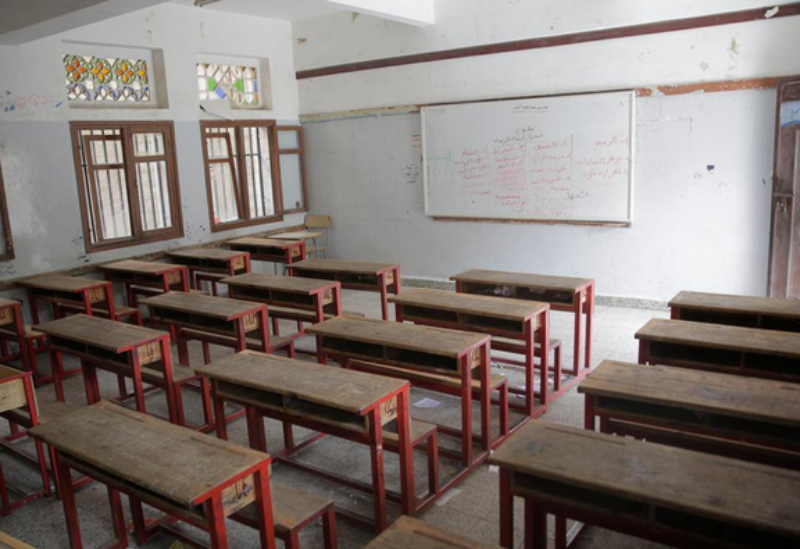 “The decision to reopen schools has not been taken yet and all that is rumored to the contrary is just speculation.” With this phrase, an educational source for “Al-Markazia” resolved the debate about when schools would reopen, denying what is being circulated about one date and another to return to school seats, even if they are merged, stressing that “matters depend on the development of the Corona pandemic and the health data associated with it,” referring to “The contacts and intensive meetings between the Minister of Education in the caretaker government, Tariq Al-Majzoub and Health Minister in the caretaker government, Hamad Hassan, to discuss health data and developments about“ Corona ”, and everything that is said remains among the rumors unless an official statement is issued by the Ministry of Education specifying the date of the return.

The source pointed to holding continuous and intensive educational meetings with the parties concerned with the sector, including contracting professors who continue their strike, and private schools to discuss educational matters and work to unify the situation.

One of the most important steps being discussed is the idea of securing vaccinations for teachers and high school students who are over sixteen years old, and this matter is considered a priority, because, according to the source, it would secure immunity and allow contact again, and schools and universities would become easier to open. The source emphasized, “Efforts are underway in this regard, but we do not know when and how it will be secured.

He stressed that the reopening of schools will be gradual and in stages, and the ministry has drawn up a four-stage plan that will be announced as soon as it is ready. It is expected that it will start with classes of official certificates, but nothing is settled until now, and it is discussed day by day, according to the development of “Corona”.

As for the official examinations, the source explained, “There is insistence on conducting them in order to preserve the educational level, and the curriculum has been reduced in half, in line of understanding and the conditions that the students are suffering from as a result of distance learning,” stressing that “official examinations must be attended in person.