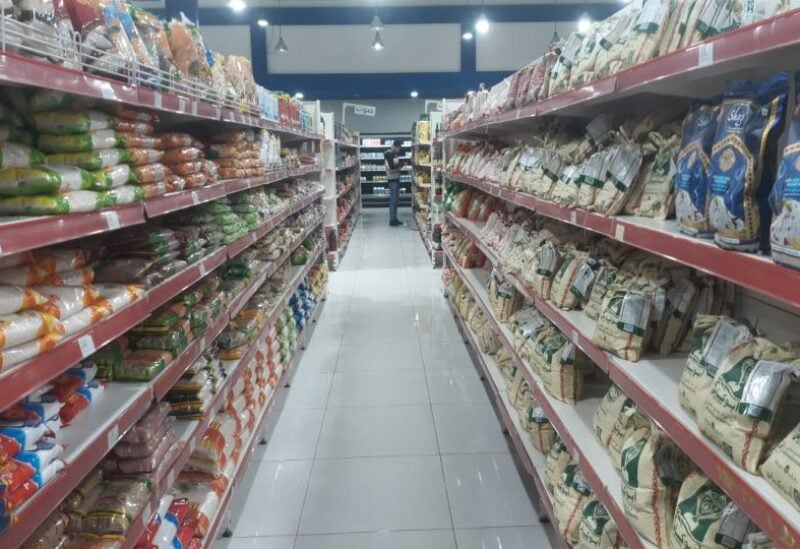 The deterioration in national currency against the dollar that started two years ago charted the course of an economic crisis that was worsening day after another, as the dollar entered the black-market as a new player that controls the prices of commodities, threatening the livelihood of citizens.

According to the Central Administration of Statistics, the Consumer Price Index, which includes various types of consumer goods, services, energy expenditures, health, education, transportation and others, increased by 225 percent in 2021, compared to its previous year.

A week ago, the Central Bank announced measures that positively affected the exchange rate of the Lebanese pound on the black-market, as it plummeted from 34,000 to 23,000 LBP, reaching a rate similar to Sayrafa’s platform. This was reflected positively on the consumers’ purchasing power, as the prices of food commodities of all kinds fell by 25 percent, according to Mohammed Al-Bekai, CEO of Sainik Trading Company, owner of Al-Bekai supermarket chain in Saida and the South. He told Sawt Beirut International (SBI) that the drop in prices vary between one commodity and another, as some merchants refused to reduce it directly on the pretext that they bought their goods at a high price.”

The head of the Syndicate of Food Importers, Hani Bohsali, said to SBI: “The prices of goods are not only controlled by the dollar exchange rate, as it is a complicated technical process that has several elements.” He stressed that the consumer will feel the drop in prices a week after the “stability” of the dollar exchange rate on 23,000 LBP.

Bohsali pointed out that one of the factors that control the price of products in stores is that banks are not able to meet the needs of merchants and provide the required dollars according to Sayrafa’s platform rate, and as a result of this, merchants are obliged to resort to the black market. “Purchasing dollars from the black-market more than once a day imposes additional burdens on us, and this comes at a time when banks have trapped more than 20 percent of merchants’ money in Lebanese pounds,” said Al-Bekai.

In this context, Bohsali said that it is impossible for suppliers to adjust the commodity prices directly whenever the value of the dollar is fluctuating on the black-market for logistical reasons. He added: “We are keen to preserve the consumers’ interests as well as ours.” Supermarket owners are facing the same challenges, as it is not possible to readjust the prices of all items every day, according to Al-Bekai.

Part-time work in public administrations and relevant ministries contributes to the slowdown in transactions for importing foodstuffs, which incurs additional fees to traders such as port floor fees, according to Bohsali. Al-Bekai fears a rise in prices in the coming period, even if the parallel market dollar maintains its descending course, in case the state decided to raise the customs dollar price.

The closure imposed by the Covid-19 pandemic has disrupted the supply chain and led to an unprecedented rise in the cost of shipping by about 600 percent, therefore, raising the food prices globally, according to Bohsali.

Despite the high costs, suppliers and store owners cannot raise prices even if they want to, because the purchasing power of the citizen has become the main criterion in setting the percentage of profits and even choosing the products offered. The economic crisis has taken brands out of the market for good and brought on others. “The state should secure a healthy work environment and then hold price-manipulating merchants accountable,” Bohsali concluded.