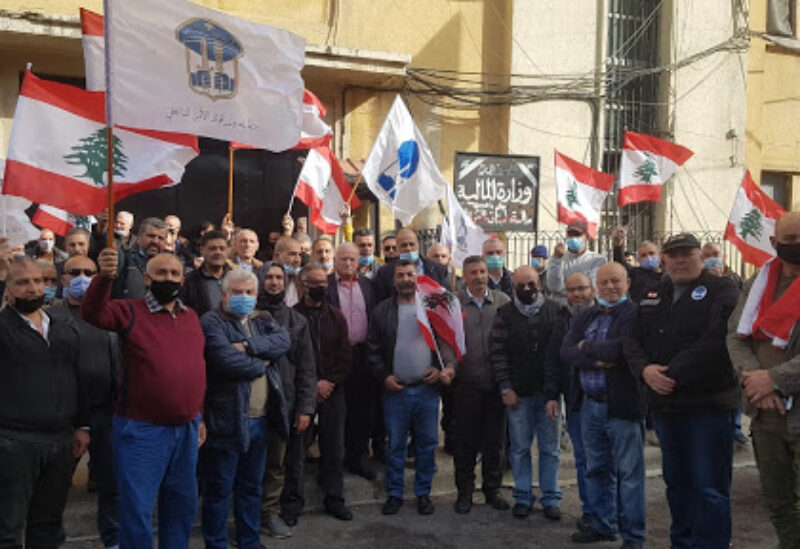 Members of Lebanon’s Internal Security Forces (ISF) who had retired from their duties staged on Thursday a protest in the northern city of Tripoli to protest their exclusion from a bill which stipulates that the military personnel shall be offered a grant of one million Lebanese pounds.

Demonstrators, who gathered in front of Tripoli’s Ministry of Finance, vented their anger at the deteriorating living conditions the country is going through and the U.S. dollar exchange rate which has been spiraling in recent months.

They warned their movement will escalate if their demands are not met.

“The bill submitted by MP Ali Hassan Khalil violates the principle of equality in public rights and all applicable laws and protocols,” the protesters said in a statement, urging fellow retirees in all Lebanese governorates to support them and hold demonstrations.

“We will do everything possible to restore our rights which are granted to us by the laws and regulations in force,” they added.

Lebanese lawmaker Ali Hassan Khalil announced on Wednesday that he submitted a bill on grating a monthly payment of one million LBP to all incumbent military and security personnel for a 6-month period in light of the dire financial situation in the country and given the importance of the “exceptional role” they play.

“Officers and members of the Lebanese Armed Forces, the Internal Security Forces, the General Security, the State Security, the Parliament’s police and the military customs brigade shall be granted a monthly payment worth one million Lebanese pounds due to the high cost of living,” MP Khalil said.

Lebanon’s pound has crashed 85 percent since late 2019 in a financial meltdown that poses the biggest threat to stability since the 1975-1990 civil war.

The basic monthly salary of a soldier or policeman, which used to amount to around $800, is worth under $120 today. Budget cuts pushed the military to cut meat from its meals last year.