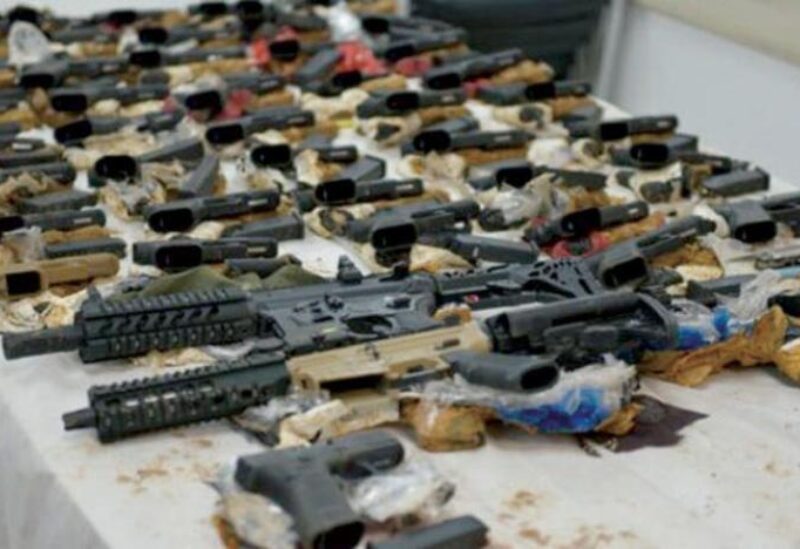 The Israeli police and military announced on Thursday the foiling of another arms and drug smuggling operation from Lebanon. They arrested three Palestinian suspects.

The police said the weapons and drugs were smuggled from the occupied Lebanese town of al-Ghajar. The town is located on the border between Lebanon, Israel and Syria.

The police seized 61 weapons, 58 guns, three M-16 rifles and half a kilogram of drugs, all worth around 3.25 million shekels.

He revealed that four operations have been foiled since the beginning of the year.

“Had we not busted this shipment, it would have found its way into Arab society in Israel,” he stated.

“We have saved dozens of lives, including innocent civilians, and even children,” he added.

The head of the northern district police intelligence department, Chief Superintendent Yaron Ben-Yishi accused the Lebanese Hezbollah party of being behind the smuggling operations.

He noted that the foiling of four operations in such a short period to time this year reflected an increase in Hezbollah and its backer, Iran’s activity, which are introducing drugs and violence to Arab youth in Israel.

“Under the excuse of encouraging resistance, they have increased their activity and they are no longer ashamed of being tied to drugs as they used to in the past,” he remarked.