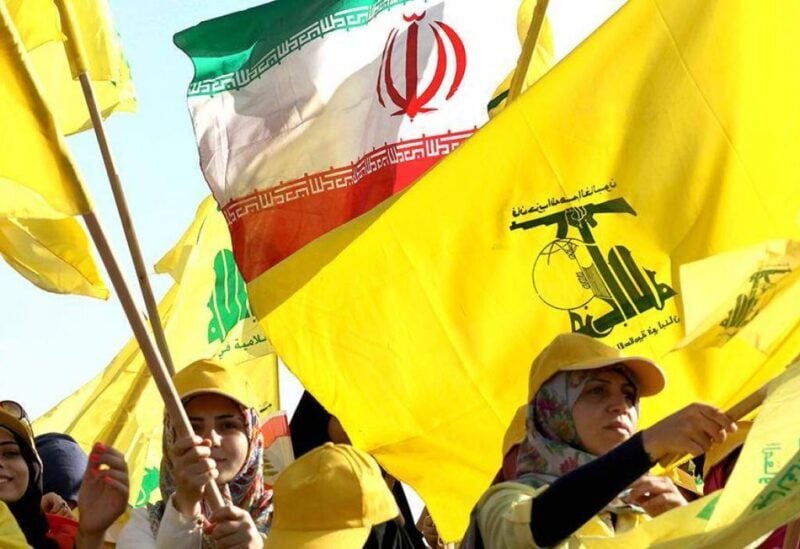 Members of Hezbollah raising both the party's and the Iranian flags.

Tal Kalman, commander of Iran’s “Third Circle” front, which is the new wing of the Israeli army’s strategy, declared that Hezbollah’s precision missile project is very annoying to Tel Aviv, threatening the militia, that it would receive a fatal blow, because of the missiles.

Kalman told the Israeli newspaper, Maariv, that “these are not just ballistic missiles, but cruise missiles and drones, which the Iranian military industry produces thousands of them, and distributes them in the region.”

He  added: “I can say that this missile project, imposes a serious strategic threat, and its continuous progress, exacerbates the Israeli dilemma, where it may reach a point to decide decided that it cannot coexist with this threat, meaning the outbreak of war with Lebanon,” stressing that “the Israeli army is ready for it, We are making plans, but it will not be like the 2006 war.”

Kalman explained: “It is true that Israel will also be hit by missiles, but Hezbollah will receive a fatal blow as a price for its decisions, and the Lebanese state will pay a price that will affect it for decades.”

He pointed out that “apart from going into the details of how close we are to such a decision, we are evaluating the situation on other arenas as well, because the prevailing assumption in Israel is that, if it goes to war with Lebanon, the fighting will not be limited there, and it may be from Syria, and Perhaps from Iran and Gaza as well.”

“Iran is ready to pay a heavy price”

The Israeli military official confirmed that “Iran is taking field measures, and is ready to pay a heavy price to achieve its vision.”

“The Iranian regime is patient and has a long-term strategic view,” he said, adding: “They do not look for short term projects, but rather look forward to the next 30-40 years.”

Kalman also explained that ” the map of the Middle East shows that almost everything that happens in it is related to Iran, because it is no longer alone, there are also Syria, Iraq, Yemen and Lebanon, as well as Gaza.”