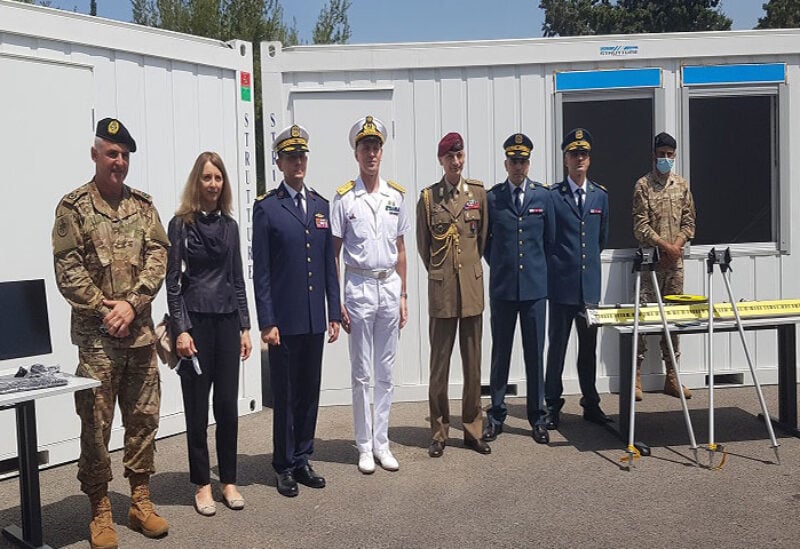 Naval base in Beirut

Today, a ceremony was held at the Naval Base in Beirut for the signature of the technical annex to the bilateral agreement for the co-production of nautical cartography “Implementing technical Annex between the Lebanese Navy Hydrographic Service and the Italian Hydrographic Institute about the co-production of Electronic Nautical Charts (ENCs) and Paper charts”, in the presence of the Ambassador of Italy in Lebanon, Nicoletta Bombardiere, the Commander of the LebaneseNaval Forces, Captain Commodore Haissam Dannaoui, the Director of the Italian Navy Hydrographic Institute, Rear Admiral Massimiliano Nannini, the Director of the Lebanese Navy Hydrographic Service (LNHS), Lt. Colonel Afif Ghaith, and the Italian Defense Attaché in Lebanon, Col. Marco Zona.

The ceremony was also an occasion for the Italian Navy Hydrographic Institute to donate hydrographic equipment to the Lebanese Navy to replace the equipment destroyed after the explosion at the Port of Beirut on August 4.

It is the first time that Lebanon has its own cartographic production plan or rather a structured project for the creation of a nautical cartography portfolio that ensures adequate coverage of the Lebanese territorial waters and navigation safety. The Italian Institute of Hydrography will support Lebanon as to mapsproduction until it becomes autonomous in the management of the cartographic portfolio and its updates.

The collaboration, launched in 2014, has so far involved an overall Italian contribution of almost 5,000,000 euros in favor of the Lebanese Navy. Thanks to the structured activity conducted by Italy, in December 2020, Lebanon has joined the International Hydrographic Organization (IHO), becoming its 94th Member State.