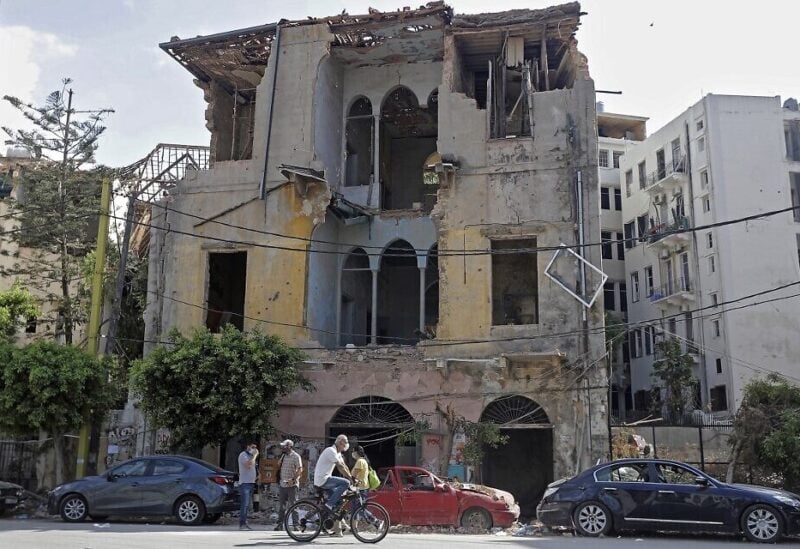 A picture taken on August 11, 2020, shows a view of a heavily-damaged traditional Lebanese house due to the Beirut port explosion, in the devastated Gemmayzeh neighborhood across from the harbor / AFP

Japan will donate over $2 million in a bid to support the rehabilitation of several buildings and public spaces in Lebanon, the Japanese Ambassador to Lebanon, Takeshi Okubo, said on Friday.

“Japan will support, through a grant of over 2 million US dollars to UNHABITAT, the rehabilitation of 10 multi-story buildings, public spaces, and community infrastructure severely damaged by the Beirut blast,” Ambassador Okubo wrote on Twitter.

UN-HABITAT (the United Nations Human Settlements Programme) is a U.N. program that promotes transformative change and sustainable urban development in cities and human settlements across the world.

Between 2014 and 2019, the program carried out a total of 24 projects in Lebanon, drawing focus on inclusive and sustainable urban development and improving planning systems and frameworks as well as effective urban crisis response.

The total value of these projects is roughly $22.4 million.

Following the massive explosion that shook the Beirut port last August, UN-HABITAT acted to provide 800 vulnerable households, or 4,000 people, with shelter for 4 months. Around that time, the Japanese Red Cross was raising money for Lebanon to support relief efforts in Beirut.

This was days after the Japanese government allocated $747,000 to support thousands of underprivileged people in the crisis-hit country. Also in April, Beirut launched a Japan-funded program to support small farmers.