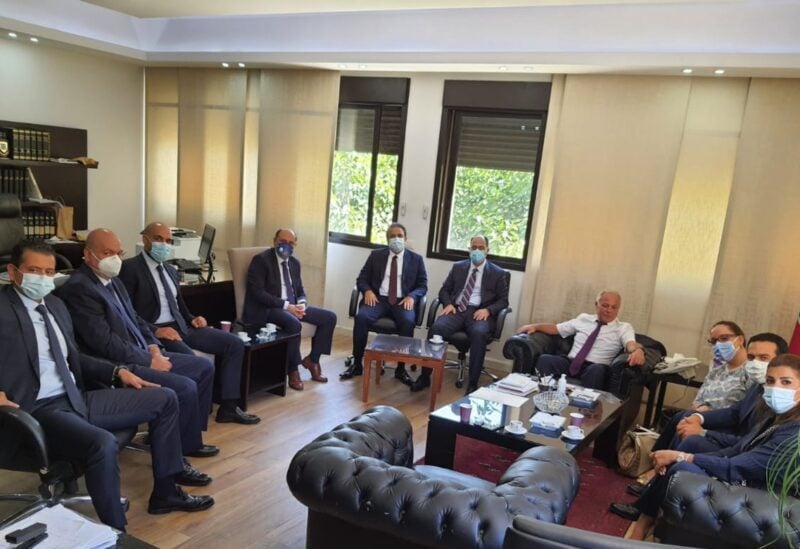 Sources told “Sawt Beirut International’’ that the discriminatory Public Prosecutor, Judge Ghassan ‎Oweidat, met in his office at the Palace of Justice, with the Appeal Public Prosecutors in Mount ‎Lebanon, judges: Sami Sader, Samer Lisha, Nader Mansour, Raed Abu Chakra, Carmen Ghaleb, Nazik ‎Al-Khatib, and Michel Ferzli , Tanios Saghbiny and Fadi Malkoun.‎ ‎Judge Ghada Aoun, was absent and wasn’t invited to attend this meeting, which was devoted to discussing ‎organizing the work of the Public Prosecution Office in Mount Lebanon, and following up on the work ‎and performance of these judiciary.‎

Judge Oweidat listened to the judges’ demands and to the problems they face, and emphasized the good application of the circular issued by the Discriminatory Public Prosecutor regarding the redistribution of work among the judges of the Public Prosecution Office in Mount Lebanon.

During the meeting, Judge Oweidat praised “the work of public defenders and the efforts they are making, which are being circulated.”

He stressed that “the hierarchy stipulated in the law does not mean harming the dignity of the judge or detracting from his morality,” stressing that “the public prosecution is an integrated unit, and that the limits of hierarchy are the dignity of the person, the appreciation of his role in serving people and society and the good application of justice.”