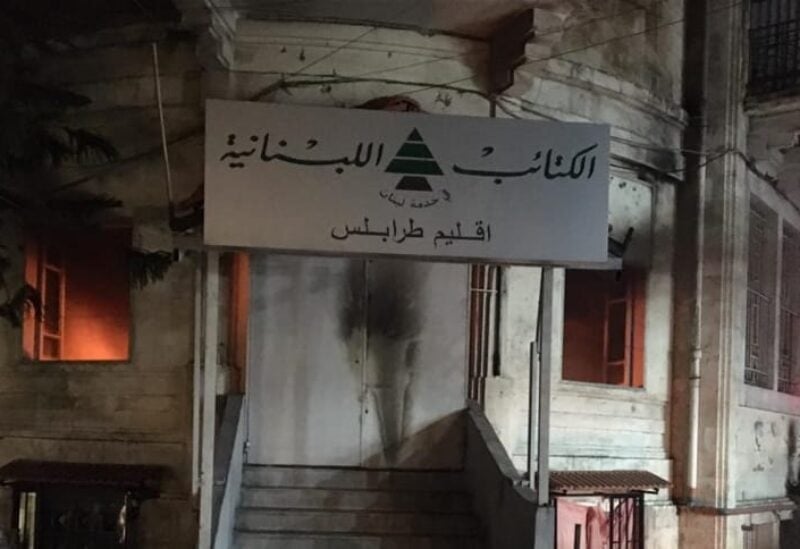 A man, whose identity is yet to be revealed, hurled on Thursday night a Molotov cocktail at the Kataeb Party’s office in the Lebanese northern city of Tripoli, setting it ablaze.

Residents of the area rushed to the scene and extinguished the fire before it spreads to the internal part of the dispensary.

Meanwhile, unidentified men threw an ENERGA rifle grenade at an area in the vicinity of the American Square between Al-Qobbeh and Al-Tabbaneh, causing two casualties.

The office of the Lebanese Forces party is currently being cordoned off by security forces as a precautionary measure.

The incidents come after the Kataeb and the LF voiced their resentment over the voting for Syrian President Bashar al-Assad in Lebanon by Syrian nationals who are supposed to have the status of “refugees”.

Kataeb Party slammed on Thursday the “provocations” of Syrian nationals who cast their ballots in Lebanon in favor of Assad as “unacceptable”, and called on the Lebanese security forces to play their role in this regard.

“One week after provocative convoys have been roaming Lebanese regions, brandishing Syrian regime flags and photos of President Bashar al-Assad (…), it was normal to expect the reactions witnessed by several Lebanese areas shortly before some Syrian nationals participated in the elections of their country’s presidency,” the Kataeb Party said.

Scuffles erupted on Thursday between Lebanese and Syrians who were on their way to cast votes at their embassy in Lebanon in favor of Assad, as polling abroad began before next week’s presidential election.