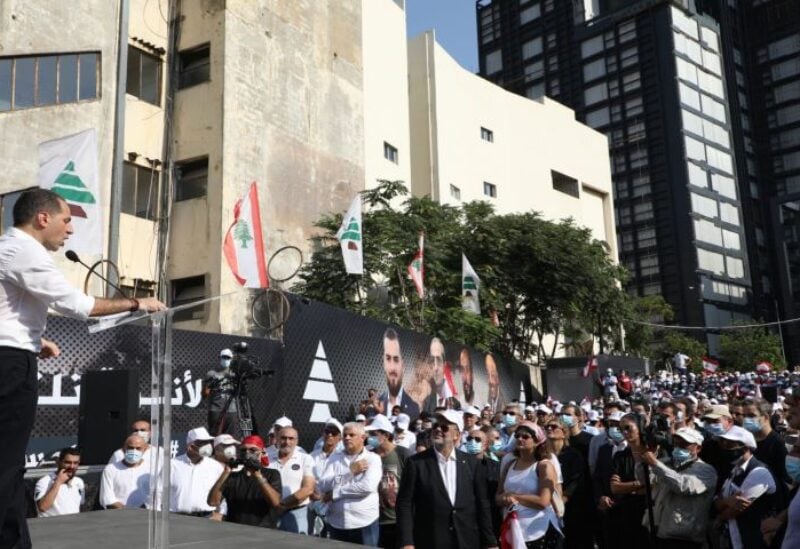 Head of the Kataeb Party, Sami Gemayel, announced Wednesday that the period preceding the date of August 4th is not the same as the period following it, stressing on “lifting the immunities off all officials who knew about the ammonium nitrates, since no one is above accountability.”

Gemayel criticized the audacity of officials in keeping to their chairs and continuing in power as if nothing has happened. “Why did the nitrates come to Beirut? Who sent them, and for whom? Why did they remain 8 years at the port? Why were they not removed? Why did the quantity of 550 out of 2,700 tons explode? Where did the rest go? How did they get out of the port? In whose trucks and in whose knowledge? And where were they transferred?” he wondered.

Gemayel continued to underline that the huge question remains: “Did Hezbollah turn bunker No. 12 into an explosives warehouse in collusion with the Lebanese state? Was it supplying the Syrian regime with nitrates to turn them into barrel bombs to throw at its people? What started the fire? What exploded in the first blast? Why was PM Diab heading to the port a week before the explosion, but later changed his mind? Who told him not to go? And why? What is the relation between the port explosion and the assassination of photographer Joseph Bejjani, retired customs colonel Joseph Skaff, customs anti-smuggling officer Colonel Mounir Abou Rjaili…and the honorable fighter, brother and friend, Luqman Slim?”

Gemayel stressed on receiving answers to all these questions, demanding that immunities be lifted off each and every official who knew about the nitrates, and emphasizing that “no one is above accountability, whether heads of apparatuses, deputies, ministers, current or former presidents.”

“The President of the Republic admitted that he knew 15 days earlier, why is he above accountability? Hezbollah’s devices are active in the port, with the knowledge of the security services and all the Lebanese…Why is Sayyed Hassan Nasrallah above accountability?” Gemayel continued to question.

“Anyone who knew is forbidden to be above accountability, without any exception,” he strongly reiterated.

Gemayel’s words came during the Kataeb Party’s commemoration of the Beirut Port blast, in a gathering held outside the Kataeb Central House in Saifi this afternoon, which was attended by a number of resigned MPs, representatives of the change forces, members of the Kataeb Political Bureau, and a crowd of partisans and friends.