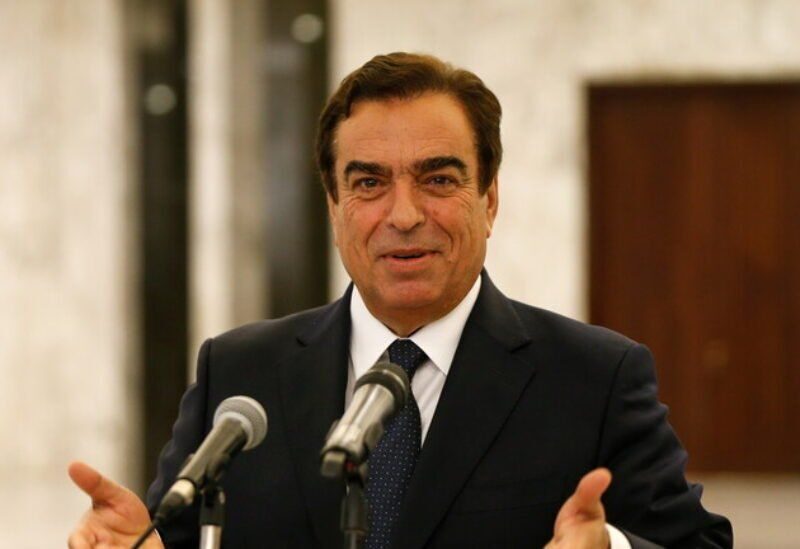 Information Minister George Kordahi announced during a press conference that he signed his resignation letter, and said that “a fierce campaign was opened against me in the media and social media channels, depicting what I said as a crime against Saudi Arabia; soon this campaign moved to the Gulf and its media, and these frantic campaigns that included a lot of insults to me and my family annoyed me.

Kordahi added: “I refused to resign previously to say that Lebanon does not deserve this treatment.”

He asked: “How can an entire people be held responsible for what I said with sincerity and love? Therefore, I found it logical to refuse to resign under this deliberate injustice, in order to say that Lebanon does not deserve this treatment and that even if Lebanon is going through difficulties and appears as a weak state, there is a people in this country who have freedom and sovereignty.”

He added, “Today, we are facing new developments, as I understood that the French want me to resign before Macron’s visit to Saudi Arabia in order to help open a dialogue with Saudi officials on Lebanon.”

Kordahi said: “I decided to give up my ministerial position because Lebanon is more important than me and I do not accept to be used as a reason to harm the Lebanese in the Gulf countries, because the interests of my country and my loved ones are above my personal interests.”

He pointed out that the Yemen war will not last forever, and a day will come when the fighting parties will sit together on the same table, and I hope that day they will remember that a man from Lebanon demanded an end to the war in Yemen out of love for Yemen, the Gulf and Lebanon.

Kordahi added: “I think that PM Mikati has guarantees that the French President Emmanuel Macron will open a dialogue with the Saudis on the relationship with Lebanon, which is why he approached me on the issue.”

He said: “I hope that my resignation will open a way towards better relations with the Gulf states, and my stay in this government has become useless because I am required to resign. Therefore, it is better to leave room for other endeavors.”