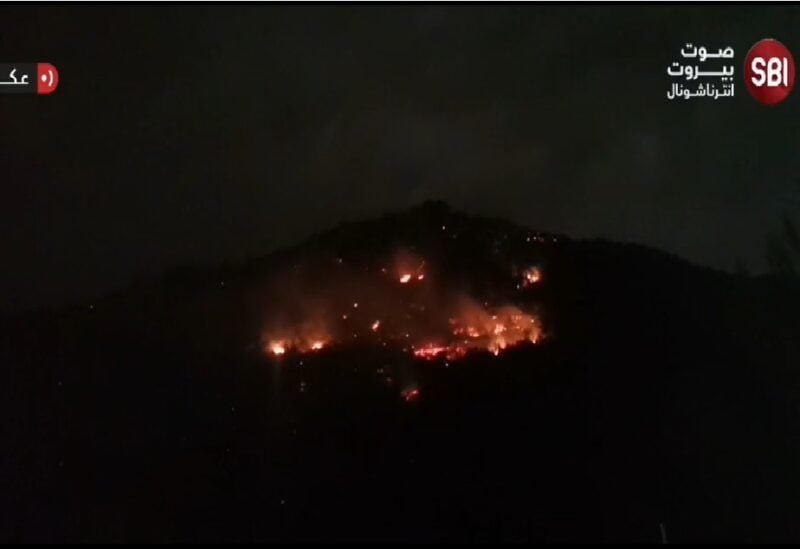 A large fire engulfed the forests of Bazal area in Akkar governorate this evening, Tuesday, despite the low temperatures, and the snowstorm that is likely to arrive.

According to Sawt Beirut International (SBI) reporter, the people tried to put out the fire, but failed due to the weak capabilities available to them.

The residents expressed their fear of the wind speed, which might help spread the fire to the houses of the neighboring villages.

In an interview with a resident of the neighboring area, to SBI, he indicated that it was very likely that what happened was an arson.

Press information pointed out that “some farmers resorted to setting fire to greenhouses to ensure that they are not affected by the so-called salt or ice, in the absence of any guidance or assistance from the Ministry of Agriculture.”