Launch of “change movement in the south”, in presence of MPs Daou, Douaihy & Hamdan 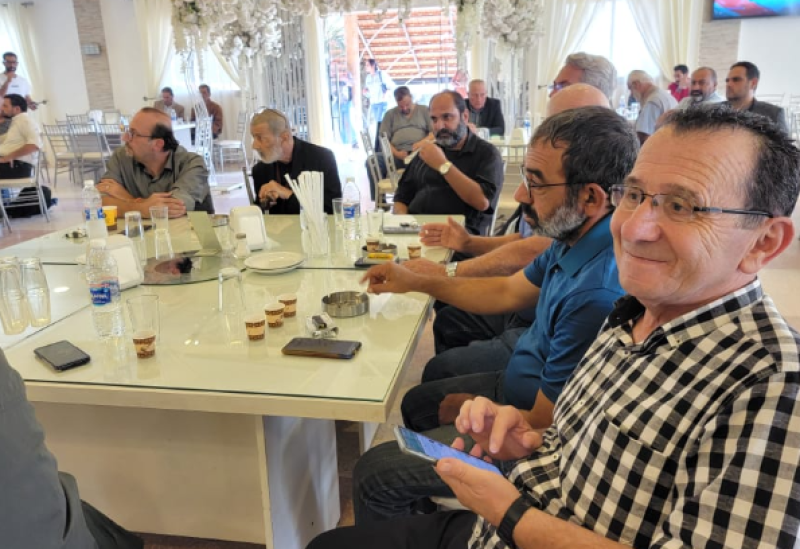 Launch of "change movement in the south”, in presence of MPs Daou, Douaihy & Hamdan

Political activists announced Saturday the launch of the “Change Movement in the South” under the headline, “Towards a Social Democratic Secular Republic”, in a ceremony held at the “La Vita” hall in Nabatieh, in the presence of MPs Marc Daou, Michel Douaihy and Firas Hamdan, in addition to a number of former candidates who ran on the “Change Forces” ballot list in the previous parliamentary elections in the South, and several opposition figures.

In a brief word on the occasion, Lawyer Ali Murad read out the political statement of the “Change Movement in the South”, stating that “it seeks to be, along with the remaining forces, a translation of the popular voice demanding unity and yielding of a political project in the face of the forces of authority that bear the responsibility of destroying the state, violating national sovereignty in all its dimensions, breaching the constitution and laws, looting national resources, causing financial and economic collapse, and pushing society into a cycle of danger, displacement and poverty, in addition to undermining Lebanon’s foreign relations, and immersing it in a game of interests and external pressures in which it has no interest.”

He revealed the determination to work together to pursue the political battle against the ruling and controlling authority, and to hold it publicly accountable for its offenses against Lebanon, the state, people, economy and society, which reached the point of criminality with the explosion of the port on August 4, 2020.

“We decided to work together and with the people because protecting our society, restoring our stolen rights, our stolen dreams, our future, and the future of our children and grandchildren from the class of killers that rules us, necessitates that the monopoly of forces of power and popular political representation be broken,” Murad underlined.

He stressed the need to build the foundations of the new republic based on a direct relationship between the citizen and the state, maintaining respect for the constitution and its provisions, and establishing a new economic and social model based initially on the equitable distribution of the cost of the collapse, achieving tax justice, building a social safety net and revitalizing all sectors of the state.

“What we are proposing today is an expression of our identity as a political entity, which is in a middle position between the party and the assembly and reflects the common understanding of diversity, and seeks peaceful democratic change, building of the state and institutions, respecting the law and ensuring respect for social justice,” Murad added.

“The Lebanon that the Lebanese people deserve requires the revival of our republic, a parliamentary democratic republic on the basis of citizenship and the rule of law, with the people being the source of authority and sovereignty,” he concluded.