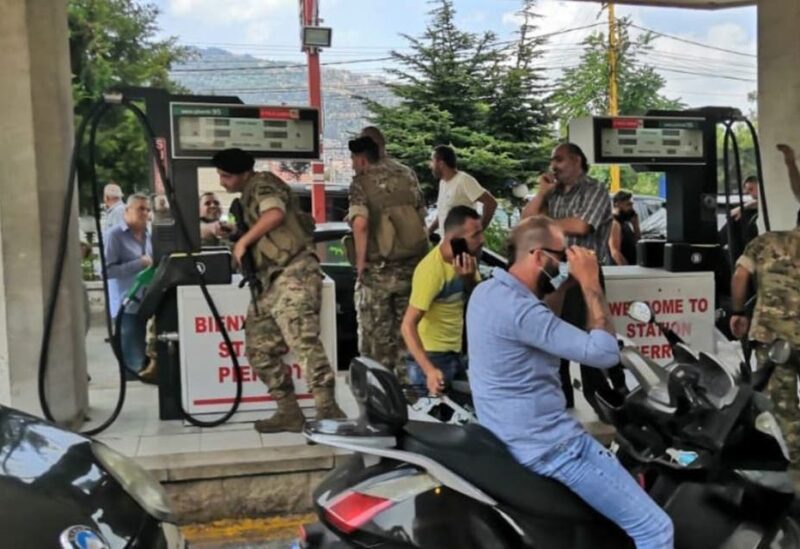 The Lebanese army on Saturday began raiding closed gas stations that have been hiding fuel, and confiscated stored canisters to redistribute gas to residents themselves, as Lebanon struggles with a nationwide shortage.

The army confiscated dozens of plastic cans filled with fuel from gas station owners who reportedly plan on selling it to desperate citizens at a higher price.

As supplies dwindle, a black market has merged where gas and diesel are sold at an increasingly high cost, with some workers accepting bribes from drivers seeking extra fuel.

Lebanon’s worsening fuel crisis reached the brink of collapse over the weekend after the central bank announced it would lift subsidies because it could no longer afford to open lines of credit for fuel imports or subsidize its purchase.

Hospitals, bakeries, essential shops, and businesses have been forced to scale back operations or shut down completely due to nationwide power cuts.

Hundreds of cars are lining up outside gas stations at all hours of the day across Lebanon as dozens of fights erupted over limited oil supplies, videos circulating on social media showed on Saturday.

Amid the struggle, the country is also experiencing a heatwave that has been made worse by the lack of electricity. Entire families are reportedly sleeping on their balconies to escape the heat.

Lebanon was already reeling from the effects of the coronavirus pandemic, the consequences of the deadly Beirut port blast, and the aftermath of a currency which lost over 90 percent of its value.

At least 78 percent of the Lebanese population lives below the poverty line and businesses are barely surviving, according to AFP.