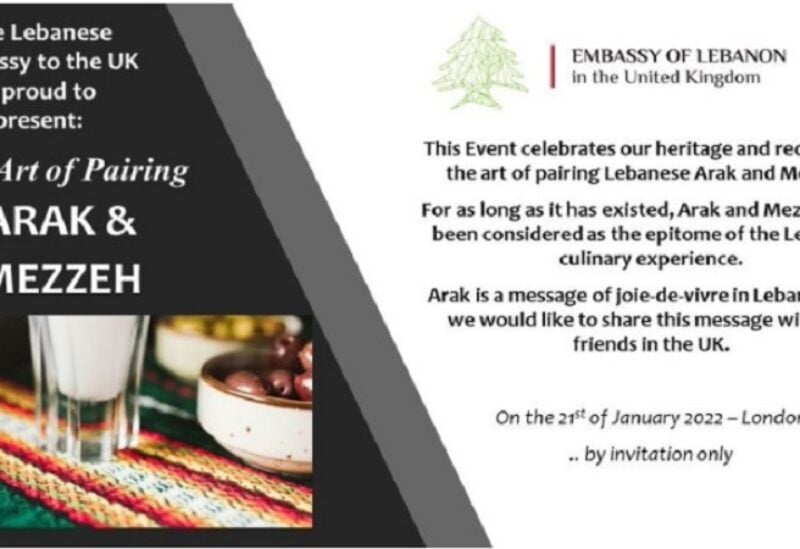 The Lebanese Embassy in Britain launched an initiative entitled: The Art of Pairing Arak and Mezzeh.

This event aims to promote the Lebanese ethnicity in Lebanese and non-Lebanese restaurants.

The event hosted a number of experts and professionals of the wine and spirits industry who will promote the Lebanese arak and create opportunities to increase the exports of the arak to Britain.

In his opening speech, Lebanon’s Ambassador in London, Rami Mortada, praised “the efforts made to complement the march of tolerance and coexistence in Lebanon in the manner of pairing and blending between ethnicity and the Lebanese distinction,” noting that “the initiative aims to promote Lebanese products in the British market.”

“Lebanon, despite the economic crises, will remain a country of openness and deep culture,” he said.

Mortada continued to emphasize that “Lebanon is characterized by a culture of harmony and taste, whether in creativity, arts or table art, and this is what we wanted to highlight through this event as well.”

This initiative, organized by Lebanon’s Economic Attaché Ralph Nehme, is part of a plan to increase exports of Lebanese products to Britain.