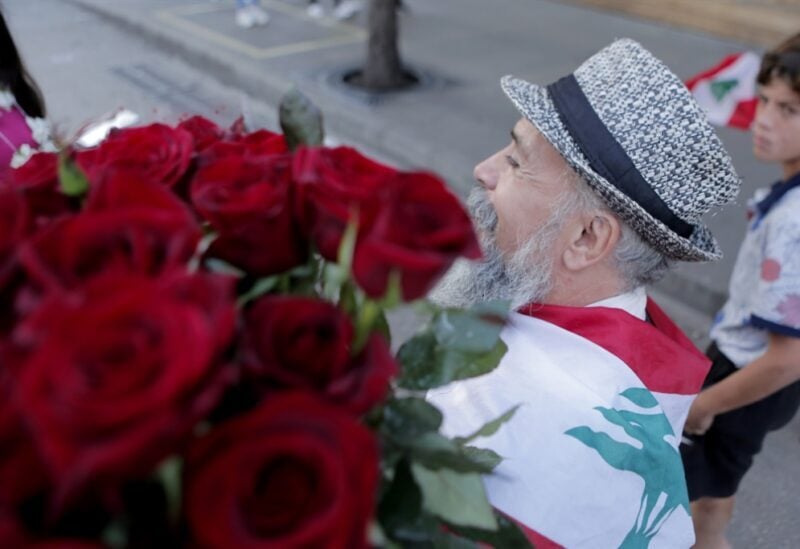 Demand on flowers was shy this year

Valentine’s Day came different this year, as the stifling economic and financial crisis has forced the Lebanese to change the traditional rituals for expressing their feelings. Roses that were always associated with the occasion were missing this year.

In this context, General Manager of Exotica, Mark Debbaneh, said to Sawt Beirut International (SBI) that they witnessed a significant decline in the sales of roses this season, as it represented only 20 percent of the sales in 2018. “Valentine’s Day in 2019 was the last normal holiday,” he said, considering that the sector is going through a survival mode. Although demand has shifted towards other gifts, demand for red roses remains on top, according to Debbaneh. However, to cope with the situation some florists have resorted to offering bouquets of cheaper roses as an alternative to red roses.

Online sales represented a small percentage of sales this year, according to Debbaneh. He affirmed that a small percentage of expatriates bought roses this year, especially that a large number of customers faced problems with electronic payment cards prevented them from completing the process. The prices of roses were also affected by the dollar crisis, and this has urged florists to offer varieties and prices that suit the customers’ purchasing power. The prices of roses have fallen between 50 and 60 percent, compared to 2019, mainly before the currency collapse, according to Debbana.

The crisis prompted florists to resort to local flowers production, due to the merchants’ inability to pay for the imported flowers in dollars and leading to a drop in flower imports. Many nursery owners have also stopped growing flowers, according to Shawky Saadeh, who owns a flower nursery, as he reduced the number of his cultivated fields from three to one due to the economic situation. He said: “We previously used imported seeds, but now we are doing this process in our fields, which has affected the quality of production.”

A wide variety of roses are grown in Lebanon, including gerbera, gypsophila, lilium, among others, but farmers are trying to select low-cost flowers, as red roses are more expensive than others, according to Saadeh. Farmers are complaining about the high cost of farming due to the high prices of seeds and pesticides that are paid in dollars. This is in addition to the electricity crisis which is putting burdens on the whole sector. Farmers find themselves facing the most difficult equation that forces them to continue working in light of a crisis that has imposed scarcity even on feelings.