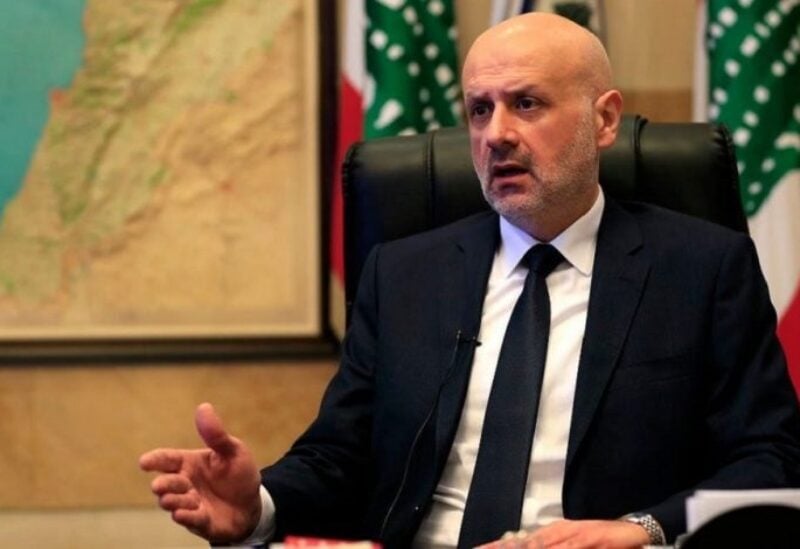 Lebanon’s caretaker Minister of Interior and Municipalities Judge Bassam Mawlawi on Saturday affirmed that the Lebanese have put fighting in the past and that any bet on its resurfacing will fail.

Speaking to Asharq Al-Awsat, Mawlawi stressed that there is no room for political agendas intending to undermine the unity of Lebanon, lead to its division and revert the country to the chaos it experienced prior to the Taif agreement.

Mawlawi said that whoever tries to ignite sectarian strife will face resistance from all the Lebanese.

The minister insisted that Lebanon’s Christians and Muslims insist on adhering to the state project.

Mawlawi pointed out that there is no political background to security problems that occur from time to time in more than one of Lebanon’s regions.

According to the minister, most of Lebanon’s security problems are restricted to incidents of looting, burglary, and individual disputes that security and military forces deal with firmly.

Lebanon’s security forces have been able to arrest dozens of perpetrators and refer them to the judiciary for trial, affirmed Mawlawi.

He emphasized that the local and external conditions that were behind the outbreak of the Lebanese civil war in the spring of 1975 have now disappeared, although its tragic effects still echo in the minds of the Lebanese.

Mawlawi believed that the solution to the crisis experienced by Lebanon today begins with electing a president for the republic.

Asserting that electing a president is the gateway to reorganizing the constitutional institutions, Mawlawi pointed to the vote being the responsibility of parliament solely.

“I hope that favorable conditions will ripen to end the presidential vacuum. Because the government does not replace the president,” Mawlawi told Asharq Al-Awsat.

The minister also supported Lebanese cabinet meetings that he said are handling urgent and pressing needs that cannot be postponed.

“Those criticizing cabinet meetings contribute to emptying institutions and paralyzing their ability to respond to the suffering of the Lebanese,” said Mawlawi.

He emphasized that the crisis in Lebanon cannot be resolved by resorting to populist bidding, exploiting the suffering of citizens, and returning to fighting.

Condemning sectarian discourse, Mawlawi stressed the importance of moderation in politics to reduce tensions and incitement.

He stated that any elected president should address Christians and Muslims without distinction.

He emphasized that the Lebanese should help themselves as a condition for seeking help from the international community.