Lebanese jails on the brink of famine 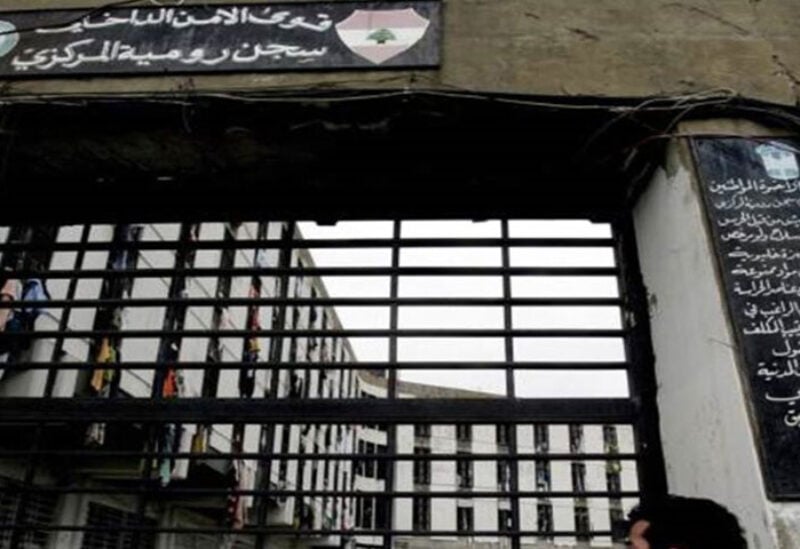 Lebanon’s economic crisis along with the coronavirus pandemic has affected prisons where detainees and their families warn of a possible “famine” if the quantities of the food they receive continue to decline.

The prisoners of Block B in Roumieh Central Prison issued a statement regarding their condition, saying they are suffering from the high prices at the prison’s store, and the state’s financial crisis that has become unable to secure their food.

The statement, circulated by the Lebanese Observatory for Prisoners’ Rights, indicated that quantities have been reduced to quarter and hospitals are refusing to receive sick inmates after the government failed to pay their dues.

On Tuesday, the Association of Committees for the Families of Detainees in Lebanese Prisons organized a sit-in in front of Roumieh Prison demanding the approval of general amnesty draft law as soon as possible.

Interior Minister Mohamed Fahmy indicated that the difficult economic situation and the decline in the exchange rate have affected all segments of society including the prisoners and their families.

Fahmy explained that the General Directorate of Internal Security Forces (ISF) allocates the prisons’ foodstuffs provisions in the budget. However, due to the soaring prices of materials, commodities, meat, and poultry, traders can no longer deliver the same quantities.

He told Asharq Al-Awsat that the ministries of economy and finance have been contacted to secure subsidized foodstuffs for kitchens in large prisons as well as shops to sell them to prisoners at subsidized prices.

Fahmy indicated that meat and poultry are supplied once every ten days due to the high costs, pointing out that with regard to the health situation, the government agreed with the hospitals to receive prisoners and secure their treatment.

“We are facing some difficulties in securing cash for the differences in securing medical supplies… It is being covered by several institutions such as the International Committee of the Red Cross.”

Lebanon has 25 prisons with 6,989 detainees, 5,391 of whom are in Roumieh Central Prison and other prisons, while the remaining 1,598 are in the justice palaces and ISF detention centers, according to recent figures.

A prisoner in Roumieh told Asharq Al-Awsat that they had submitted an official request to the prison administration last Monday to allow their families to bring them food, similar to other prisons.

He explained that Roumieh security forces can search the meals, as they do in other prisons, to ensure no contrabands enter the facility.

The prisoner, who refused to be identified, explains that the amount of served food dropped to half, indicating that they get two meals, namely breakfast and lunch.

“The quality was already bad and now it is worse … We survive mainly on eating bulgur and drinking water.”

He affirmed that the health situation has become so difficult that the prisoner is required to secure his medicines and even painkillers, especially that hospitals are no longer receiving prison patients.

The inmate asserted that they do not aim to press for a general amnesty, because they know this is a political issue, however, the demands in reducing the prices of goods in the store and launching a humanitarian campaign requires an administrative decision that can be taken quickly.

Mohammed Sablouh, a lawyer and prison committee rapporteur at Tripoli’s Bar Association, pointed out that Roumieh prisoners already suffer from “high prices” in the store, even before the economic and financial crisis.

Sablouh explained that most of the inmates are satisfied with the food served in the prison because of their weak financial capabilities.

“The quantity of food provided by the prison kitchen has decreased dramatically, and meat has disappeared.”

Speaking to Asharq Al-Awsat, Sablouh explained that the Ministry of Interior informed him that coordination is underway with the Ministry of Economy to secure subsidized goods.

He warned that if this situation persists, especially in Roumieh, the prisons are on the brink of famine.