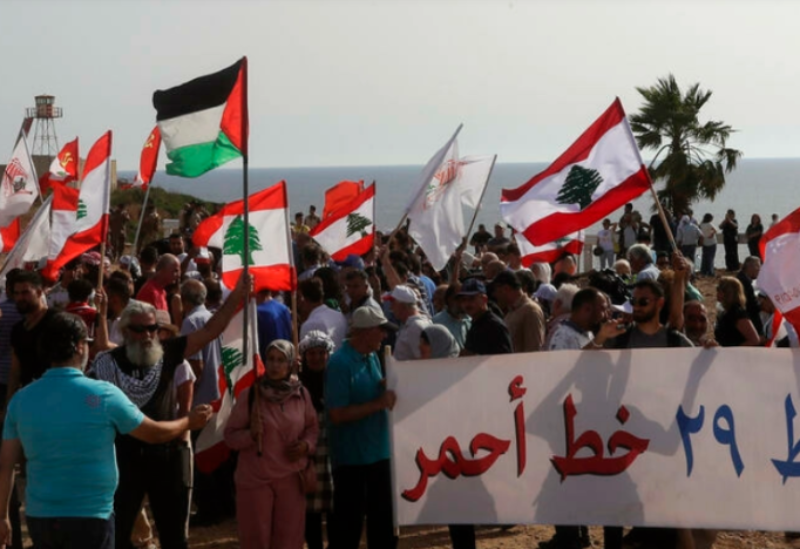 Hundreds of people and several lawmakers protested Saturday in southern Lebanon against Israel moving a gas production vessel into an offshore field partly claimed by Beirut.

The demonstration comes just days before the US envoy mediating maritime border talks between the two neighbors is expected in Lebanon, and after the ship operated by London-listed Energean Plc arrived in the Karish gas field last week.

Several hundred people waved Lebanese and Palestinian flags at Lebanon’s border town of Naqoura to protest Israel’s claim on the area where the Karish field is located, an AFP correspondent said.

“We absolutely refuse to neglect Lebanon’s maritime resources, which belong to all Lebanese,” said lawmaker Firas Hamdan, reading a joint statement from 13 independent parliamentarians, most of whom were newly elected last month.

Lebanon’s president and prime minister have condemned Israel for moving the vessel into the Karish field, and have invited US envoy Amos Hochstein to Beirut for mediation.

Hochstein is scheduled to arrive in Lebanon on Monday for a two-day visit, according to the US State Department.

Hezbollah this week warned Energean against proceeding with its activities.

Lebanon and Israel resumed negotiations over their maritime frontier in 2020, but the process was stalled by Beirut’s claim that the map used by the United Nations in the talks needed modifying.

The independent lawmakers said in Saturday’s statement that they supported Lebanon’s claim to part of Karish.