Lebanese restaurants are sinking, and eyes are on international markets 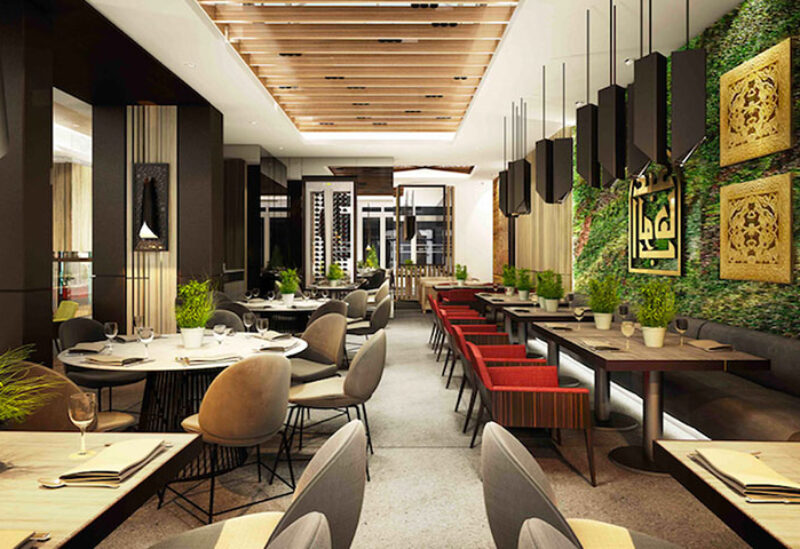 Lebanese restaurants are on the brink

Lebanon’s restaurant industry, famed for its luxurious cuisine and generous hospitality is under threat of collapse as coronavirus has dealt a blow to businesses that are already struggling from a severe economic crisis.

Restaurants and cafes are cautiously reopening their doors, welcoming customers at 50 percent capacity only as part of the government’s efforts to tackle coronavirus. The measures taken during Ramadan has worsened the situation, as restaurants are obliged to close their doors at 9 pm missing the night shift. More than 1,200 restaurants have closed post October revolution, according to data provided by the Syndicate of Owners of Restaurants, Cafes, Night Clubs and Pastries in Lebanon in January 2020. Maroun Daou, Vice President at Ghia Holding, the company behind Abdel Wahab, Ahwak, Duo among others, told “Sawt Beirut International” that the company has reduced the number of outlets from 16 restaurants before the revolution to six currently, and two more outlets are slated to reopen in reopen  in Broumana and Backyard Hazmieh.

Lebanon’s economic and financial crisis has seen the local currency lose more than 90 percent of its value, slashing peoples’ purchasing power and skyrocketing the operational costs of the restaurants. “Restaurants are in survival mode; they are working at cost and unable to put a one percent profit margin. All they care about is covering the operational costs,” said Maya Bekhazi, General Secretary at the Syndicate to “Sawt Beirut International”.

The sector had been hit hard by the devaluation, and the fluctuation of the Lebanese pound exchange rate against dollar. Marwan Ayoub, Managing Partner at Venture Group, a hospitality development and management company, which is behind Backyard Hazmieh and The Village Dbayeh among others, told Sawt “Beirut International” that if the lira was fixed at stable exchange rate, restaurants will be able to adapt. But the problem is that the lira is fluctuating, and restaurants are finding difficulties in setting fixed prices. He added: “Previously food cost represented around 30 percent of the restaurants’ bill, but it has increased currently to 50 and 70 percent. Other costs such as the overheads, rental prices, and salaries, remained stable.”

“Restaurants are selling the plates at quarter its real prices,” said Daou. For instance, the price of hummus plate was 9,000 LBP before devaluation, but it is sold currently at 18,000 LBP, while its actual price should be at 35,000.  “We aren’t able to increase the bills more than that because customers will not afford anymore,” said Daou.

Footfall in food clusters is relatively acceptable according to Ayoub. “Lebanese can always adapt, and will keep on going and eating out, but the problem is that the average check bill will vary, and restaurant’s profitability will drop,” Ayoub said. A restaurant that used to earn 100 million LBP per month before the crisis, is still earning the same amount, but has lost 90 percent of its value. The quality of food will unlikely change, restaurants will not be able to use premium quality food like before.

What worsened the situation is that coronavirus pandemic has impacted the whole globe, “It was a hectic year,” said Daou. He added that all their outlets abroad have suffered from the crisis, and weren’t achieving any noticeable income from royalty fees. However, the situation started to improve in some markets like UAE, and we will start earning some fresh dollars.

Many outlets were forced to change the way they operated just to keep running, by introducing delivery services, which witnessed better performance during the crisis than dine in restaurants. This situation has boosted investments in cloud and central kitchens, and catering firms. Ghia Holding has transferred its Abdel Wahab outlet in Sodeco and in Backyard Hazmieh to a cloud kitchen, to deliver food under their several food brands. Daou said that they are working to create new virtual brands for delivery only.

Restaurants have lost a noticeable number of its competences and skilled labor, and this had created a shortage in employees in hospitality institutions. “We did not layoff any of our employees, but half the staff have left us after receiving appealing offers from abroad, especially that we are yet unable to readjust their salaries,” said Daou. He said that Lebanese have become more attracting currently, as they are agreeing on packages they used to refuse before.

Against this bleak outlook, many opportunities have born out of the crisis, according to Ayoub. “Hospitality and restaurant services are becoming super competitive as they have become the cheapest among the globe. There is no place worldwide that can provide such a premium quality in such prices,” he said. In Lebanon, currently customers can afford a decent meal at only $5, a plate of fish at $15, and a good quality drink at $2. This benchmark is not found in any other touristic country. However, the sector is not benefiting from these advantages and neither the government nor the institutions are promoting all these advantages.

The market will witness several modifications in the coming future, as “several branches and outlets for well-known brands will close, and several multinational brands will quit the market,” Ayoub said. Restaurant operators’ eyes will be on international markets. Several firms are planning to expand abroad to markets like Dubai, Egypt, and Saudi Arabia through signing franchise deals. Daou said that Ghia Holding will create new brands to enter new markets mainly in Africa.

Tourists’ influx a must for recovery

Bekhazi said that the sole solution for surviving the crisis is bringing back tourists and expatriates to the country. “Economic and political stability is required to bring back the expatriates and tourists, who are able to spend, as locals have lost their purchasing power, and their money are confined in banks as well,” said Bekhazi.

Daou is more optimistic as he said that Lebanese will be able to adapt with the crisis, and activity will improve, but once life comes back to normal and coronavirus measures are eased. “Most of the local companies will readjust salaries, and hospitality firms will also take this initiative, but once the income stream comes back to normal. These modifications will partially bring life to normal,” Daou said.