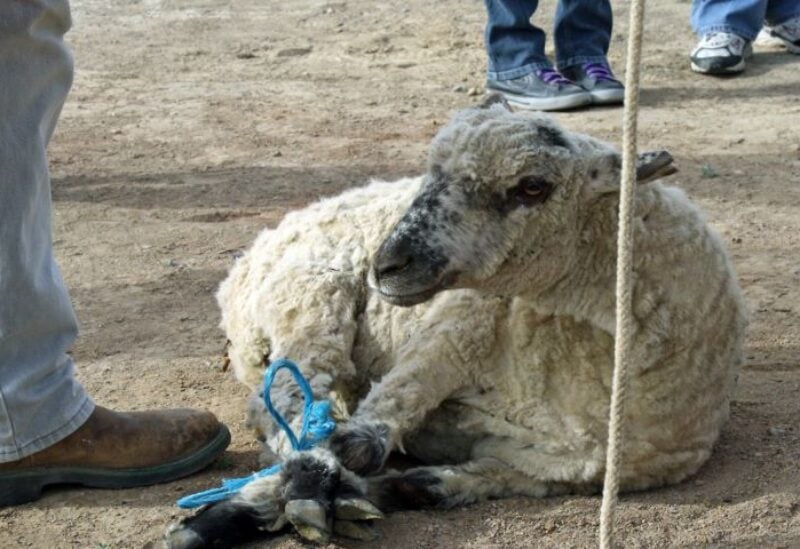 Given the spiking cost of food and the deteriorating value of the Lebanese pound, few people are in financial position to mark the occasion as in years past.

Maher Al Masri, a butcher in Beirut, said that Eid Al Adha is his busiest time of year. Usually, he would expect to be butchering between 40 and 50 sheep over the religious holiday. However, the economic collapse has brought his business down to a fraction of its usual level. He said he’ll be lucky to butcher 10 sheep this Eid.

“There’s no comparison. Business has gone down 80 percent. We are down to 20 percent. It’s a huge, huge difference,” he said.

In streets across the Muslim world, Eid Al Adha usually brings visceral scenes – streets run red with the blood of sacrificed sheep and families come together for meals.

That is not the case this year. For the few who can still afford it, the portions of meat are smaller. Many in Lebanon, where the currency has lost more than 90 percent of its value over the past year, are having to forsake it altogether.

One Eid tradition is giving meat away to the poor.

“They used to cut the sheep into 10 parts and hand it out. Now they cut it into 200 parts,” one woman said to The National as she waited for a handout of meat for her children.

“It’s every man for himself,” she said.

The effects are felt all the way down the supply chain. Abu Mohammed used to own one of Beirut’s most famous takeaway joints – Shawarma El Khal.

He said he was making thousands of dollars a month before the crisis. However, the increasing cost of the meat used on his shawarma stands put an end to that.

Several months ago, he closed his restaurant and took a job with a rival.

“One skewer used to cost me 300,000 Lebanese pounds. Today it’s 2 million pounds,” he told The National.