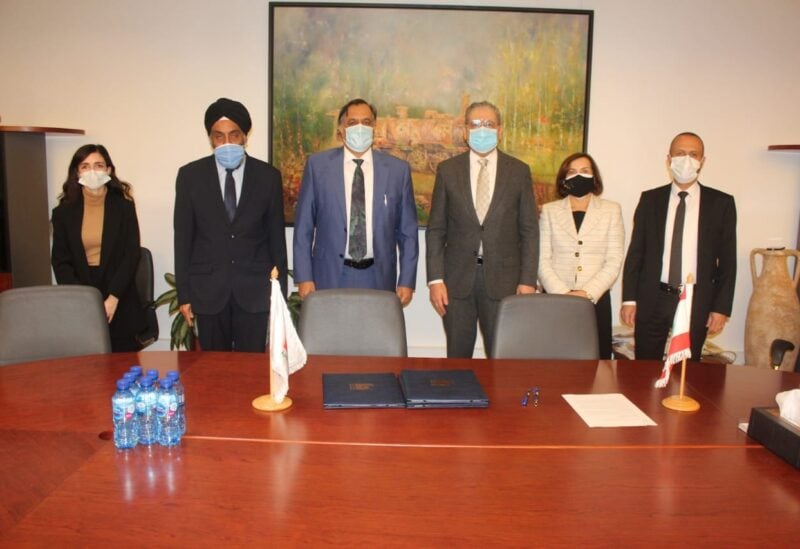 President of the Lebanese University, Professor Fouad Ayoub, signed an MOU with Delhi University, in the presence of the Ambassador of India to Lebanon Dr. Suhel Ajaz Khan, Head of Chancery Mr. Jagjit Singh, the General Coordinator of International Relations Office at the Lebanese University Dr. Zainab Saad, and the former director of the Faculty of Economic Sciences and Business Administration 4, Dr. Zoukan Jarmani.

The MOU, which was signed at the central administration building – Mathaf, aims at joint cooperation between the Lebanese University and Delhi University in the field of exchanging researchers, professors, students and academic experiences in areas of common interest, especially modern scientific and technological ones.

In his speech, Professor Ayoub stressed the importance of this cooperation in helping students to open up to modern programs and technologies and acquire new skills that help them to easily engage in the local and international labor market and keep pace with digital development.

He also stressed the importance of cooperation between both universities in the field of public health and medical sciences, given that India has become one of the countries that manufactured Covid-19 vaccine, which paves the way for researchers and students at the Lebanese University to benefit from the scientific results reached at Delhi University in this regard.

The two parties discussed the possibility of India assisting the Lebanese University with the tools and equipment needed for distance education and learning, especially that India has a developed and advanced industry in electronics, in addition to launching an initiative to support joint scientific research funded by the Indian government.

In conclusion, the Indian ambassador and the president of the Lebanese University exchanged gifts, which are a collection of books in various scientific, literary and cultural specializations. President Ayoub thanked his guest for sponsoring and fostering this cooperation, as well as the accompanying delegation and the attendees.