Lebanon abandons its gas so Iran can export its oil 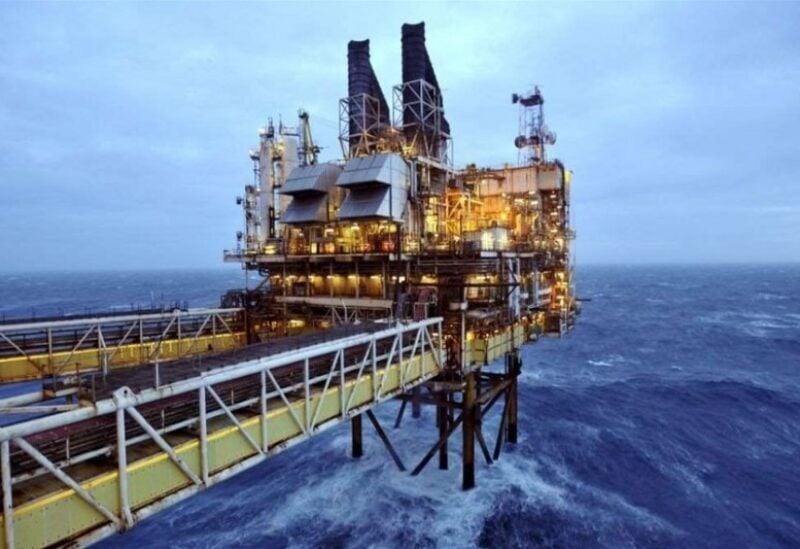 Lebanese media reports have asserted that Quds Force Deputy Commander Reza Fallahzadeh has made calls to several Hezbollah officials to inform them that an agreement on a nuclear deal would be delayed despite the parties to it having agreed on all the details. Reza Fallahzadeh also conveyed the satisfaction of the Islamic Republic with how Hezbollah has been managing matters, as well as Iran’s desire that a maritime border agreement with Israel be reached even if the Karish field, which is undoubtedly within Lebanon’s borders, must be given up on.

He justified this position by asserting that this serves the supreme interests of the Axis of Resistance and Iran. Reza Fallahzadeh also told the party he hoped it would step up its media campaign to defend Iran and its regime against the ferocious assault it has been facing since the murder of Mahsa Amini.

We can understand the latest appearance of Hezbollah Secretary General Hassan Nasrallah on the first of the month, which was made hours after the Iranians called. He told the Lebanese that an agreement had been reached in accordance with the proposal submitted by US Envoy Amos Hochstein, which was conveyed by the US Ambassador to Lebanon Dorothy Shea to the president of the republic, the speaker of parliament, and the prime minister. He devoted the remainder of his speech to defending what Iran has achieved and the role it has played under the leadership of Supreme Leader Ali Khamenei. Belittling the intelligence of the Lebanese people, he claimed that without Iran, the situation in Iraq, Syria and Lebanon would have been worse after Camp David.

One does not know whether to laugh or cry in response to Nasrallah’s claims that the situation would be worse than it currently is in the countries under the control of Wilayat al-Faqih’s republic. It is no longer a secret that Nasrallah and his party have no other goal besides furthering the interests of the Iranian regime, which demand that Lebanon remain an open field without borders, sovereignty, security, or stability… for it to remain an isolated country controlled- with its wealth, resources, and energy- by the Islamic Republic of Iran through the groups loyal to it, which run their countries to the benefit of the Islamic Republic rather than the Lebanese people.

On the day Nasrallah signaled his approval of the border demarcation agreement, reports from Washington claimed that the US Treasury would not object to allowing Iran to sell up to two million barrels of its oil on global markets (1.6 million barrels more than it currently sells daily) before an agreement on the nuclear deal is reached.

This is how Nasrallah carries out his rule of safeguarding Iran’s interests, conceding territory on land and sea that Lebanon has a demonstrable right to in return for Iran being allowed to sell an increased quantity of its oil on global markets. Worse still, Nasrallah, with the ruling clique behind him, does this while demanding that the Lebanese thank him for the favor of defending their rights through his resistance and the theatrics of the drones his party launched. Indeed, these drones, which were nothing but child’s play, were struck down by the Israelis in seconds.

Before the agreement was announced, historian Dr. Issam Khalifeh said that the manner in which the border demarcation negotiations had been handled set a historical precedent. He accused the “corrupt ruling clique” of giving up Lebanon’s wealth, dubbing the actions of the country’s three top officials (the president, prime minister, and speaker of parliament, who were all involved in the negotiations) as “high treason.” Dr. Khalifeh explained that Line 23 does not start from Ras al-Naqoura, but 30 meters north of that point, adding that Lebanon is the only country in the world to have demarcated its maritime economic zone on a different basis to its land borders, and that giving up Ras al-Naqoura as the point at which the border is drawn as high treason and a violation of the constitution. Moreover, after the agreement was announced, Israeli Prime Minister Yair Lapid said that the maritime border agreement between Lebanon and Israel is historic and enhances Israel’s security.

Now that the maritime border agreement has been signed by the Lebanese state, every facet of which Hezbollah controls, the US Treasury shall announce that Iran will be allowed to sell enough oil to bring in 70 billion dollars in annual revenue for the regime of repression in return for Lebanon granting the Karish field to Israel. Meanwhile, the small country of Lebanon continues to drown in darkness, poverty, debt, political upheaval, and chaos.

Israel has indeed signed a contract with Greek energy giant Energean, which has promised that gas would be pumped out of Karish by the fall, with some reports suggesting it could happen as early as the end of the month. Meanwhile, experts have warned that Lebanon will not make money from its gas at sea for at least eight years, with the high initial costs of excavation and extraction partly explaining the delay.

Other factors that have shaped the agreement were the economic concerns of Lebanon and domestic politics, as well as the presence of a less extreme government in Israel (what would have happened if Benjamin Netanyahu had been in charge)? Also, Hochstein demonstrated that he is a sharp man and a good listener, managing to cut short the procrastination of the head Amal Movement and Speaker of Parliament Nabih Berri, who had left the file in his pocket for over ten years. Indeed, Hochstein managed to reduce the time required to conclude what all sides called a “historic deal” from years to months.

After the announcement that Lebanon had received the agreement file, Reuters quoted Lebanese officials as saying that Hezbollah has acknowledged the agreement, and also quoted a figure close to Hezbollah that he too has agreed and that the official state response will soon be declared.

The smallest country in the Arab world has two governments, an army, and a militia; it has been pregnant with a statelet for over forty years as well. The actual state is sleeping on its back because it is still pregnant. For this reason, there will be no agreement unless the militia agrees, and so it cannot make any moves or take any decisions without the approval of the IRGC.

Of course, Nasrallah will claim that we “owe him” and that he saved Israel the hassle of going to war. His party will certainly begin preparing for an escape route or response to claims, which figures close to the party will reiterate, that this “preliminary” agreement is nothing less than implicit recognition of Israel, regardless of what he, his resistance, and his supporters say about their desire to destroy the Jewish state. So long as war has become less likely for an array of reasons, including the shared economic interests with Israel, signing any kind of peace agreement could be avoided. Furthermore, if it turns out that Lebanon has its own gas rigs, it would have a lot to lose in the event that Hezbollah attacks Israel, which makes it easier for Israel to deter such an attack. Additionally, it is Israel that will make immediate gains because it is ready to extract its gas now.

Lebanon is late, and we do not know if any gas will be found at all. Uglier still is the fact that it is not likely that we will see a change to the rules of the game governed by Nabih, Najib, Gebran, Suleiman, Samir, Raad, Ali Hassan and the other men who have been in power for over thirty years. It is no secret to anyone that Lebanon has been mismanaged and looted; nor is it a secret that this has left it with 70 billion dollars in losses. It is also unlikely that the elites will change the manner in which they govern. The fact that the men who run the country and have grown accustomed to splitting its wealth among themselves got what they wanted may have facilitated the conclusion of the agreement, so nothing will change for them or the Lebanese people.

In his call with Lapid, the US president told him: you are making history. And Michel Aoun’s entourage told him: you are demarcating the border! In a call with an observer following all the developments in the maritime border demarcation negotiations between Israel and Lebanon, he gave a remarkable explanation:

The fundamental question is, why did things take so long? Why did Lebanon not take the initiative in the nineties or later, so it could explore and excavate? Why did Lebanon sign an agreement with Cyprus that goes against its interests? How did this harmful approach continue into 2012, giving Israel false pretexts in terms of maritime law that it managed to pass off because the Lebanese authorities allowed it?

He adds: what are the conditions under which the Hof Line, which was not based on any legal reference points either, emerged? Lebanon has two choices today: Line 23 or managing the dispute based on Line 29. The former is the option that is possible at the moment, given Lebanon’s financial troubles. Maybe Lebanon was also forced to concede what rightfully belongs to it in order to avoid war or further occupation… What will historians say about all of this? What will be found? Will there be a lot or a bit of gas?

The question currently on the table is whether parliament will vote to ratify the agreement and send it to the president for signing. Lebanon agreed out of necessity, and this is perhaps the most realistic outcome given the decades of corrupt rule, as well as the pressure applied by Hezbollah.

Lest we forget, Iran’s demonic and destructive plans in Lebanon, as well as the other countries of the region, are more dangerous than any others. It infiltrates societies under the guise of doctrine and claims to be a champion of its sect and the oppressed. It then stirs strife among the communities of these countries through its loyalists, thereby undermining the state and crushing its foundations, at which point the Iranian octopus captures it- operating within the framework of divide and conquer that had been used by the colonial powers in their wars and occupations of countries.

However, the difference is that Iranian occupation is not perpetuated through war but by inciting tensions and stirring divisions and hatred within societies. This is even crueler and more painful than war. The regime has even been doing the same in Iran itself, with the Kurds in Sanandaj and Sunnis becoming its targets since they began striking in the aftermath of Mahsa Amini’s murder.

The Lebanese should be grateful to Mahsa Amini. It is to her death that we owe the agreement. It was her death that compelled Iran to push Hezbollah to back an agreement between Israel and Lebanon. Until the next one.