Lebanon approves US proposal on maritime border deal with Israel 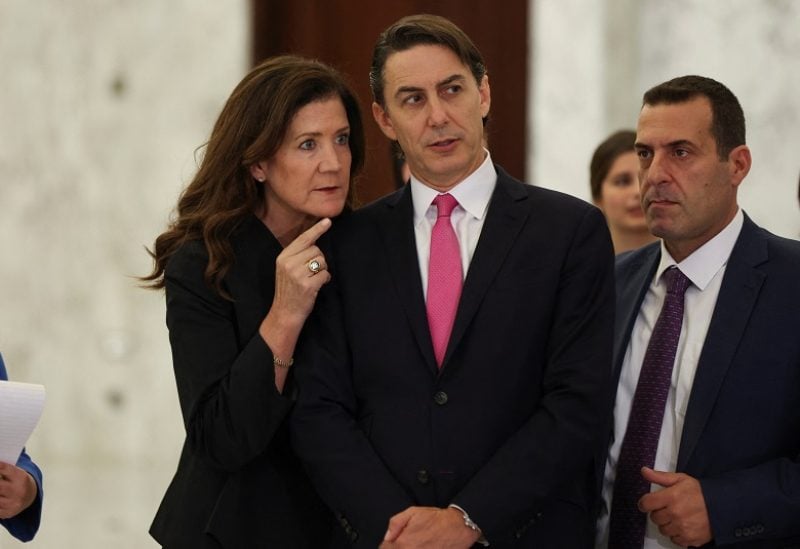 On Thursday, Lebanese President Michel Aoun signed a letter saying Lebanon approved US proposal on maritime border deal with Israel. The letter will be submitted at Naqoura where negotiators will gather in the United Nations peacekeeping base along with the US team, said top Lebanese negotiator Elias Bou Saab said, adding that Lebanon gave its final approval to a US-brokered deal on Thursday, outlining their maritime border with Israel, marking a diplomatic departure from decades of hostility and a possible opening to offshore energy exploration.
He hailed the deal as a “new era” between both countries.
US envoy Amos Hochstein said he hoped the maritime deal can be “economic turning point for Lebanon.”
“If one side violates deal, both sides lose,” he added.
The deal — hailed by all three parties as a historic achievement — is to be signed separately by top officials in Lebanon and in Jerusalem by Israeli Prime Minister Yair Lapid following approval by his cabinet.
There, the United States will officially announce the deal as coming into force and Lebanon and Israel, which are still technically in a state of war, will submit their new border coordinates to the UN
An unprecedented compromise between the enemy states, the deal opens the way for offshore energy exploration and defuses one source of potential conflict between Israel and Iranian-backed Lebanese group Hezbollah and could alleviate Lebanon’s economic crisis.
An offshore energy discovery — while not enough on its own to resolve Lebanon’s deep economic problems — would be a major boon, providing badly needed hard currency and possibly one day easing crippling blackouts.