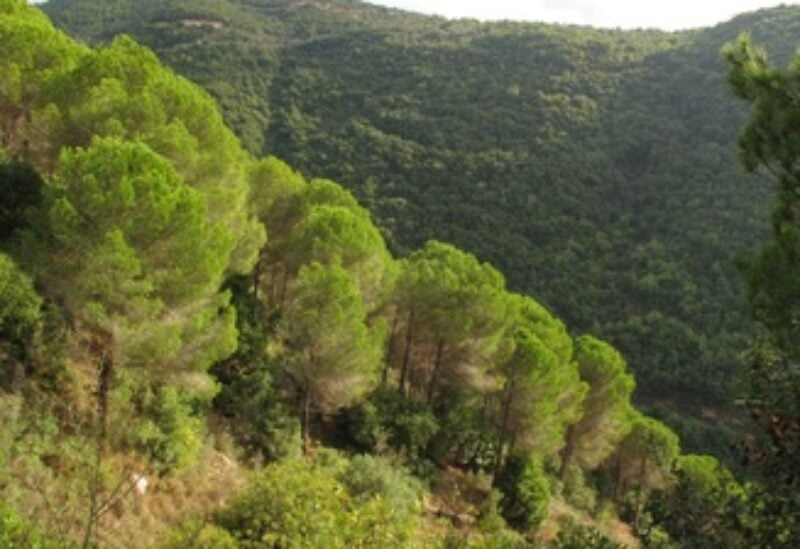 For the second year in a row, Lebanon celebrates the “National Protected Reserves Day” amid stifling health, economic, financial, and living crises that prevent people from enjoying this distinctive environmental day, which highlights the importance of the country’s national wealth and the pressing need to protect its reserves and natural resources.

Lebanon annually celebrates this important day on March 10 by organizing a variety of activities, including nature walks, bird and animal watching, and preparing environmental awareness programs for schools. Visitors are usually welcomed with optimal authentic Lebanese hospitality and accommodation in the guest houses located in the villages of the reserves.

Lebanon’s 18 natural reserves encompass rich biological diversity with around 370 different kinds of birds and 2000 types of plants and wild flowers, many of which are unique to Lebanon. The nature reserves are also home to thirty species of mammals, including the wolf, hyena, wildcat, porcupine and squirrel.

Marking this National Day, Lebanon’s Ministry of Environment has declared that the country’s natural reserves have increased in number during the year 2020 from “15 to 18 reserves” after the House Parliament has passed a bill placing three new reserves under the official protection of the Lebanese law.

Here’s a brief description of the three new reserves:

– Mount Hermon Nature Reserve (Jabal Al-Sheikh) in Rashaya district: The 1,260-hectare reserve is not only a landmark of biodiversity, but also a haven for great historical, symbolic, and religious value. According to the Bible, it is the place of the transfiguration of Jesus Christ. Due to its historical value, Mount Hermon became a magnet over the years for religious believers, tourists, environmentalists, and nature enthusiasts. This site also constitutes one of the largest underground water reservoirs in the region, and it is rich in perennial wild trees and medicinal plants that exceed one hundred species. It is also home to the endemic animal species in Lebanon such as wolves, hyenas, and wild cats that are endangered at the national level. This site is a crossing point for migratory birds, especially for eagles, some of which are threatened with extinction at the global level.

– Abbasieh Beach Nature Reserve in Tyre district: It is an extension of the Tyre Coast Nature Reserve, and it shimmers with a golden sandy beach that is characterized by many ecological characteristics, natural resources, and distinctive biological diversity. On this beach, there are soft sand dunes that provide a favorable environment for many types of plants and animals. This beach is also characterized by dense and varied vegetation, which provides a habitat for many birds, insects, and reptiles. The most important characteristic of Abbasieh beach is that it is a habitat for sea turtles, which are threatened with global extinction.

– Nmairiyeh Nature Reserve in Nabatieh district: It is a site that enjoys a Mediterranean forest character, especially in terms of trees, such as oaks, pines, castor beans, and hawthorn, in addition to the presence of wild plants, wild animals, and various birds.

A closer look at Lebanon’s fifteen other nature reserves gives a clearer image as to why these places are a natural wealth worth preserving and visiting:

– Ehden Forest natural reserve: Located on the north-western slopes of Mount Lebanon, it is engulfed by mist and relatively high precipitation. A multitude of rare and endemic plants flourish in it. Stands of cedars are bordered by a mixed forest of juniper, fir, and the country’s last protected community of wild apple trees. It is home to the endangered Eastern imperial eagle, Bonelli’s eagle, Gray wolf, and the wildcat.

– Nakheel (Palm) Islands Nature Reserve: Consists of three flat uninhabited rocky islands of eroded limestone and the surrounding sea area, located 5.5 kilometres offshore and northwest of the northern city of Tripoli. The islands are a haven for endangered loggerhead turtles, rare monk seals and a resting and nesting grounds for migratory birds. It is rich in medicinal plants and its coastal waters have a wealth of fish and other marine creatures. Swimming is allowed in parts of the island during the summer season.

– Tannourine Cedars Forest Nature Reserve: One of the largest and densest cedar forests in Lebanon, with 90% of its trees being Cedar trees. The stunning mountainous landscape, with cedars seemingly defying gravity and growing on extremely vertical slopes, is impressive. Visitors can explore rock-cut or naturally occurring grottos on their hike, as well as rare flowers, such as Lavender.

– Bentael Nature Reserve: One of the earliest natural reserves in Lebanon, it is located on the hill slopes of north-eastern Jbeil (Byblos). It is known for its Pine trees. The reserve is situated along the path of migration of birds such as eagles and hawks as well as other birds of prey, making it a site of interest for bird watchers.

– Yammouneh Nature Reserve: Located on the eastern slope where Makmil and Mounaiterah mountains meet, it is rich in water. It has 84 springs and 4 ever-running rivers as well as two seasonal rivers. The reserve is also a historic site, encompassing Phoenician, Roman and Arab ruins (from a Romano-Byzantine temple which included a statue of Aphrodite that was later transported to Baalbek). It also includes the remains of a large fortress which used to be the summer retreat of Emperor Adriano. The Emperor ordered his army to engrave in stone “I, Emperor Adriano, announce Yammouneh region a reserve and forbid the cutting of its Juniper trees.” Yammouneh is rich in greenery and trees that make up 30% of its land mass.

– Al Shouf Cedar Nature Reserve: One of the largest natural reserves in Lebanon. It extends from Daher el Baydar in the north to Neeha Mountain in the south. Its oak trees cover its north-eastern and south-eastern slopes. The reserve is most famous for its three magnificent cedar forests: Barouk, Maaser el Shouf and Ain Zhalta. Its mass comprises a third of what remains of the cedar forests of Lebanon. Some of the trees are estimated at two thousand years old. This reserve is home for medium sized mammals such as the wolf, and the Lebanese jungle cat. It is also known for a variety of birds and wild plants.The reserve is a favourite destination among hikers, nature walkers and bird watchers.

– Tyre Coast Nature Reserve: Located in south Lebanon, the reserve has some of the country’s best sandy beaches. It is characterized by its ecological, marine and coastal ecosystem. In addition, it is an important nesting site for migratory birds and the endangered sea turtles.

The natural reserve contains fresh water estuaries and springs that outflow to the sea thus creating a fresh/ marine water interface. Both visitors and scientists recognize it as one of the most beautiful and scenic beaches in Lebanon, with the widest biodiversity.

– Shnaneer Nature Reserve: Established in 2010, it is surrounded by the towns of Ghazeer, Mehrab, and Jounieh. The reserve is rich in Oak and Pine trees.

– Houjeir Valley Nature Reserve: Established in 2010, it stretches from Litani River below the city of Nabatiyeh until the town of Aytroun in Bint Jbeil district. The reserve is also known for its Oak tree forests.

These reserves remain a vivid evidence of Lebanon’s natural wealth that protects its terrestrial and marine ecosystems from degradation; they are also considered one of the unique and distinctive Mediterranean systems that prevent the loss of trees, plants, birds, animals and fish, and preserve biological diversity, especially rare and endangered plants and animals.