Lebanon crisis: PM Diab stuck in office on less than $1,000 a month 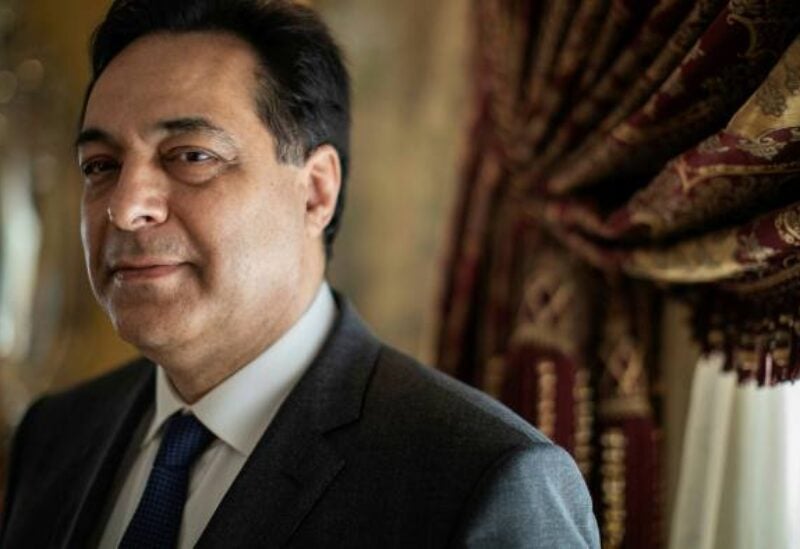 Hassan Diab, Lebanon’s caretaker prime minister, describes himself as a ‘hostage of Lebanese politics, of the way politicians have been running politics in this country for decades.

On a salary worth less than $1,000 after the collapse of the local currency, in charge of a broken economy and housebound in light of security concerns, it is little surprise that Lebanon’s caretaker prime minister is keen to quit, the Financial Times (FT), a British daily newspaper, said on Tuesday.

“It is the only job in the world where you step down and then you’re stuck,” caretaker PM Hassan Diab told the Financial Times in an interview.

Diab resigned after the tragic blast at Beirut port devastated the city in August last year, but political bickering has stymied the formation of a new cabinet led by prime minister-designate Saad Hariri. This implied Diab was “still PM effectively. You have to handle all the problems and you can see the problems how they’re compounding,” he said.

Political deadlock has pushed the nation towards total economic meltdown and infuriated Lebanese struggling to survive as hyperinflation soars and unemployment rises.

Demonstrators have taken flocking to the streets, setting up roadblocks on main roads and highways to vent their anger at the deteriorating situation. The country’s problems — a result of decades of corruption and mismanagement, further compounded by COVID-19 pandemic and the port blast — threaten to overwhelm the small Mediterranean nation. The World Bank estimates almost 50% of the population has been plunged into poverty. Diab described the situation as “acute financial disaster”.

Joseph Aoun, Lebanon’s army commander, warned last week he did not have sufficient funds to cover the military’s needs for the next year. Mohamed Fahmi, caretaker interior minister, announced that the political dysfunction was “drain[ing]” Lebanon’s security forces, now unable to perform “90% of our duties”. The cabinet has also cautioned against future electricity outages.

Recovery hinges on a bailout from the International Monetary Fund but the caretaker government, which has been waiting for months for the formation of a new administration, cannot negotiate one. So “waiting an extra week for [Hariri to form] a cabinet is like aggravating the economic and financial situation an extra year”, Diab warned.

A university professor who presents himself as a technocrat without strong affiliation to a political party, Diab was appointed premier in December 2019, a role reserved for a Sunni Muslim.

Diab is in his comfortable west Beirut apartment, rather than the PM’s residence, the Grand Serail, as he has been advised to minimize his movements — but has not been told what the specific threat is. “I get a lot of security messages from different places,” shrugged Diab. “90% of them turn out not to be true.”

Despite having previously served a term as education minister, the caretaker MP said he was surprised by parliamentary resistance to reforms. “Even those that gave us the vote of confidence, a good percentage of them, including the Shia arm, worked against us after we became a government,” he added.

Lebanon’s Iran-backed Shia Hezbollah group — which has a powerful armed wing — was among the blocs that approved his ministers, a fact that had intensified Lebanon’s international isolation, Diab said.

“Have I made a trip anywhere? Has anybody invited me, has anybody responded to my willingness to go to the Arab region?” he asked. “There’s a clear signal from everybody, not just the region but internationally, to be careful not to open up financially and economically . . . because they consider this cabinet a Hezbollah cabinet.” He insisted his government was more independent than most: “We are the furthest away from Hezbollah.”

The premier, who oversaw Lebanon’s first sovereign default a year ago, described the chaos of a cash-strapped government struggling with a broken exchange rate. Contractors “are being paid partially, there are some delays”. Although “thousands” of public contracts were denominated in dollars, “everybody’s getting paid in lira . . . we don’t have dollars,” he said, adding that different exchange rates were being used for payment, all of them far below the black market rate of nearly L£13,000 to the dollar. In black market terms, Diab says his salary is now worth $1,000 per month. At the official rate, it is worth around $7,300.

The cabinet owes $2m to a German company that removed 52 containers worth of toxic chemicals from Lebanese ports. The toxic waste remains in Lebanon because 1 month after the company finished work, the cabinet has not paid up. Diab blamed “red tape”.

In an attempt to address deepening impoverishment, the Lebanese parliament passed a law allocating L£1.2tn to support poor families and some economic sectors. Nonetheless, with the central bank’s foreign currency reserves having decreased to $16bn, this was resourced by “printing money”, said Diab. “What else?”

Regardless, Diab said his government had made a difference, citing in particular a financial recovery plan and one for the return of displaced Syrians to their country. But he said the last year had been “close to hell. I don’t regret it, but I don’t think any government . . . has dealt with so many parallel simultaneous crises.”