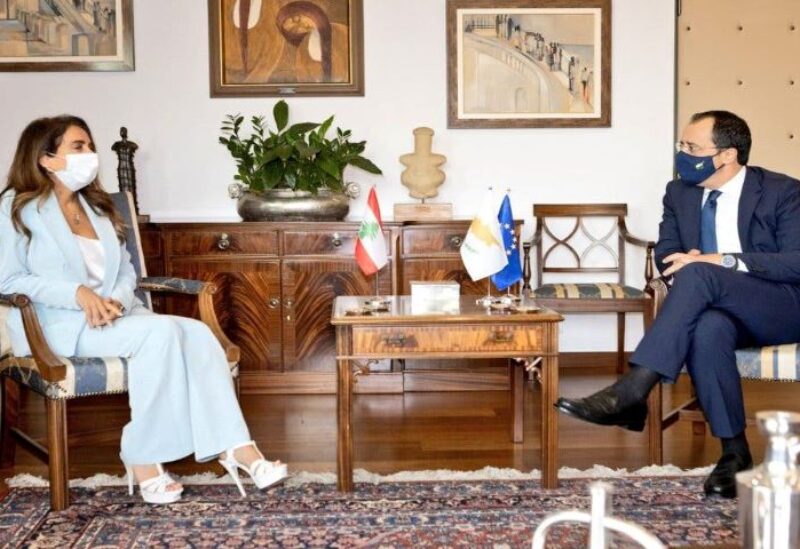 Lebanon and Cyprus signed a memorandum of understanding (MoU) agreeing to cooperate in the oil and gas sector, the Cypriot foreign affairs ministry revealed in a tweet on Friday. The announcement was made during a visit to the country by Lebanon’s Defense Minister and Deputy Prime Minister Zeina Akar.

Akar, along with Cyprus’ Foreign Minister Nikos Christodoulides, signed the MoU to establish a framework to better serve their countries by enhancing their cooperation, online news media Cyprus Mail reported.

During her visit, Lebanon’s first female defense minister held meetings at the ministries of foreign affairs and defense.

Talks covered bilateral relations in an array of sectors including, mutual interests in the region, defense and security and current developments between the two countries, a statement released by Cyprus’ foreign affairs ministry revealed.

Issues faced by Nicosia in the northern region of the island occupied by Turkey was also discussed.

Peace efforts within the ethnically split island have repeatedly floundered.

A new Turkey-backed Turkish Cypriot Leadership says a peace accord between two sovereign states is the only viable option but Greek Cypriots have rejected the possibility of a two-state deal as it would give sovereign status to the breakaway Turkish Cypriot state that only Turkey recognizes, Reuters reported on Wednesday.