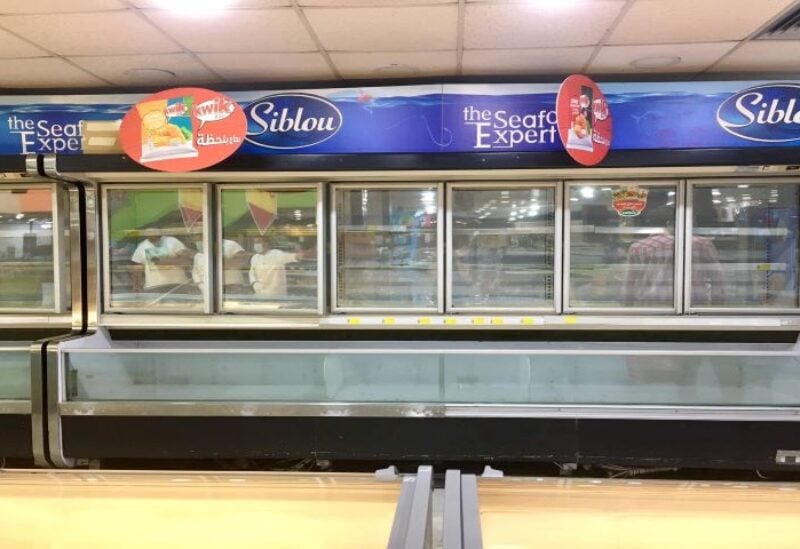 Some supermarkets started emptying its refrigerators due to power outages

Amid daily power outages in Lebanon, food poisoning cases are increasing as refrigerators and freezers fail across the country, putting additional burdens on the medical sector which is already suffering.

For a country already fighting COVID-19 and a severe shortage of medicines due to financial meltdown, this is a development that concerns many.

“When these people get sick and they seek hospitalization, there are no antibiotics,” Dr Mohamad Abiad, Associate Professor of Food Processing and Packaging at the American University of Beirut, told Al Arabiya English. “Cases that could have been treated are [increasing] and needing hospitalization, because of the severity of the growth of microorganisms and food contamination.

“Refrigeration [temperature] is around five degrees Celsius,” he explained. “If you cut the power for more than four hours, the temperature will rise up to levels which can help contribute to the growth of microorganisms.”

Many Lebanese supermarkets and stores have had to throw away their stocks of refrigerated and frozen foods, unable to keep them from spoiling.

As food prices skyrocket people are forced to choose between spoiled produce – risking their health in the process – or going hungry.

“If you end up with a food-borne infection, it’s not only diarrhea, stomach aches, headaches or a fever,” said Dr Issmat Kassem, Assistant Professor at the University of Georgia’s Center for Food Safety. “You can end up with an infection that can alter your life and possibly lead to death. Some infections can result in kidney failure, septic shock, inflammation of the brain and endocarditis.

“I am assuming that most people in the country currently are immunosuppressed,” he continued. “They are already cutting down on their food and maybe resorting to a lower quality of foods. If a malnourished child gets diarrhea, the repercussions are really severe. It’s not something to trifle with.”

The lack of refrigeration is also impacting food production, as specific types of food, such as meat and dairy products must remain refrigerated throughout the manufacturing process. This requires special procedures to be followed in order to preserve the ‘cold chain.’

Regulations set by the Lebanese Standards Institute (LIBNOR) allow for certain levels of bacteria in food products. If the cold chain is broken, bacteria will multiply easily, and with the food and the right temperature, these microorganisms can spread rapidly and become infectious.

“I have students who work in the field and visit different stores and manufacturing facilities,” said Kassem. “They have been reporting to me that there are multiple issues when it comes to food safety, especially now during the outages.

“We did a study on a type of cheese (ackawi) that is commonly consumed in Lebanon, without cooking,” he revealed. “We targeted places where the consumer would go and buy the product because that would be the bottleneck where the consumer is going to get their food from. We found around 40 to 45 percent were not microbiologically acceptable.”

There is a lack of proper oversight, but this is nothing new. In 2015 to 2017, the Ministry of Public Health conducted a national campaign for food safety, the first of its kind in Lebanon. Some 12,000 samples were collected but, rather than perform any in-depth analysis, the data was posted online requiring other groups to step in and research the information.

A subsequent analysis performed by Laboratory of Food Safety and Microbiology at AUB, found 300 samples that were not fit for human consumption. There were another approximately 30 samples that were contaminated with harmful pathogens – including Salmonella and Listeria – when the cold chain was supposedly intact.

“I don’t want to imply that anybody in the food industry is doing intentional harm,” said Kassem. “They are actually suffering just like the consumers, because they don’t have electricity. They don’t have the support, and they don’t know what is going on.”

“I want stakeholders to be playing their part,” he explained. “I know the government is now under immense pressure. I’m not asking them to go and sample and check. However, I am asking for some awareness and some guidelines for the people, so that they understand what they are facing and try to prevent it.”

Simply looking good or smelling good does not mean that a piece of produce does not carry pathogens inside it, especially when it it’s dairy, poultry or meat. Canned food and dried products tend to remain stable for longer, making them a safer prospect for the Lebanese public who want to avoid the risk of catching a food-borne infection.

“Refrain from buying from places where [you] know they do not have electrical power overnight, as this could cause their refrigerator conditions to [deteriorate] and the microbial load to rise,” said Abiad. “If a higher microbial load is ingested, then that will lead to more severe infections and that would require hospitalization.”