Lebanon held hostage as it hurtles towards collapse: Financial Times 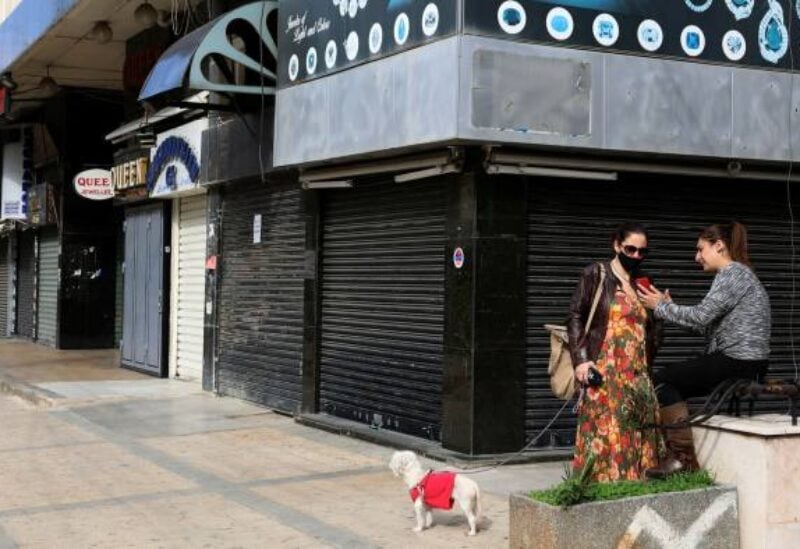 Shops in a neighborhood east of Beirut remain closed during lockdown. Already prostrated by a compounded financial, fiscal, debt and banking crisis, the pandemic has squeezed any remaining life out of the economy.

The Financial Times (FT), a British daily newspaper, published a report about the situation in Lebanon which has been spiraling downwards in a collision of crises, noting that the country is being held hostage.

More than 3 decades after the 1975-90 civil war, “the Lebanese are being held hostage by sectarian cliques of warlords in suits, with Hezbollah, the Iran-backed Shia paramilitary movement that has become a state-above-the-state, clasping the master keys,” the FT says.

It is hard to overstate the plight of Lebanon, as it hurtles towards collapse. Already prostrated by a compounded financial, fiscal, debt and banking crisis, the COVID-19 pandemic and port explosion squeezed any remaining life out of the economy. Lebanon’s pound currency has lost nearly 90% of its value.

In October 2019, a revolution against Lebanon’s entire political class prompted the government to resign. On August 4th, 2020, a large explosion, caused by improperly stored ammonium nitrate, occurred at the Port of Beirut, killing at least 200 people, injuring more than 6,000 and rendering 300,000 others homeless.

After 7 months of bickering, a bankrupt country is still without a government, spiralling downwards in a collision of crises. Instead of statesmen taking full measure of this national emergency, Lebanon is plagued by political vultures feeding rapaciously on its carcass.

As businesses fail, joblessness and hunger abound, along with the spread of begging and barter. Lebanon’s banks, having lent 70% of their assets to an insolvent state and central bank, are essentially bankrupt, and have locked depositors out of their savings. A caretaker government limps on. There is no budget and there will soon be no U.S. dollar currency to pay for imports, while the central bank prints increasingly worthless money and fuels hyperinflation.

No one can be sure where the country’s breaking point is; Lebanon had already emerged from invasions, wars, occupations and serial assassinations.

Lebanon’s power-brokers refuse to engage seriously with IMF bailout plans. Donors led by France, the U.K. and the U.S. stand ready to help a capable government committed to reform but the political class refuses to form such cabinet. Its members are all complicit, the FT says.

The Christian party of Lebanese President Michel Aoun, backed by Hezbollah, insists on an unwieldy cabinet of placemen rather than technocrats, in which they would have veto rights. There is jockeying for the formerly lucrative energy and finance ministries. But the real blockages are even harder to surmount.

Among many prerequisites for any bailout is a forensic audit of the central bank and state finances. The Central Bank (Banque du Liban) is resisting, on spurious grounds of banking secrecy laws. These were not designed to hide bankruptcy and massive peculation, which could be what an audit would reveal.

Hezbollah and the pro-Iran bloc want to bide their time pending what will emerge from U.S. President Joe Biden administration’s attempt to re-engage with Tehran. It does not want to risk its valuable Christian alliance, which it sees as a source of national legitimacy, or run any risk to its power.

However, some have sounded the alarm. General Joseph Aoun, the Lebanese Armed Forces commander, last week all but ignored President Aoun’s order to clear the roads of demonstrators and barricades, asking instead where the political class was taking the country.