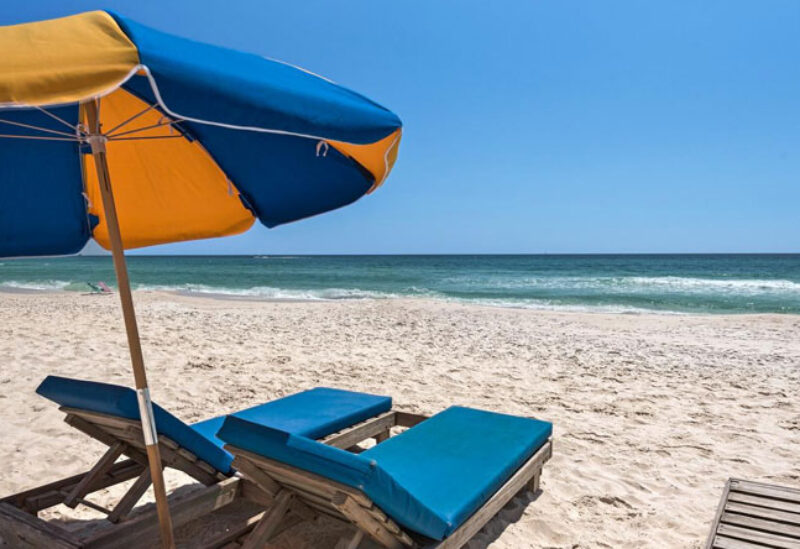 Lebanon is experiencing hot and humid summer weather, which will continue in the next days, with high temperatures rising from today to early next week, with mild fog appearing on the slopes near the shore.

Weather details for the next few days:

Friday:
1- The temperature on the coast ranges between 24 and 32 degrees, in Bekaa between 19 and 34 degrees, and at 1,000 m between 20 and 26 degrees.
2- Atmosphere: partly cloudy in general, with the formation of fog
3- Winds: Westerly, active especially in the north and inland regions 20-50 km/h
4- Surface humidity on the coast 60-80%
5- Atmospheric pressure 1010 hpa
6- Good vision
7- Low and Medium waves in the sea, the surface water temperature is 26 degrees

Saturday: Temperatures are only rising slightly, ranging between 24 and 33 degrees on the shore, 36 degrees in Bekaa, and 28 degrees at 1000 meters, and the sky is hazy, with light fog forming on the slopes, while westerly winds of 20-30 km/h are prevailing.

Sunday: Temperatures are rather stable, ranging from 24 to 33 degrees on the coast, 36 degrees in Bekaa, and 29 degrees at 1000 meters, and the atmosphere is cloudy, with light fog forming on the mountains, with westerly winds of 20-30 km/h.