Lebanon is held hostage by its politicians: Financial Times 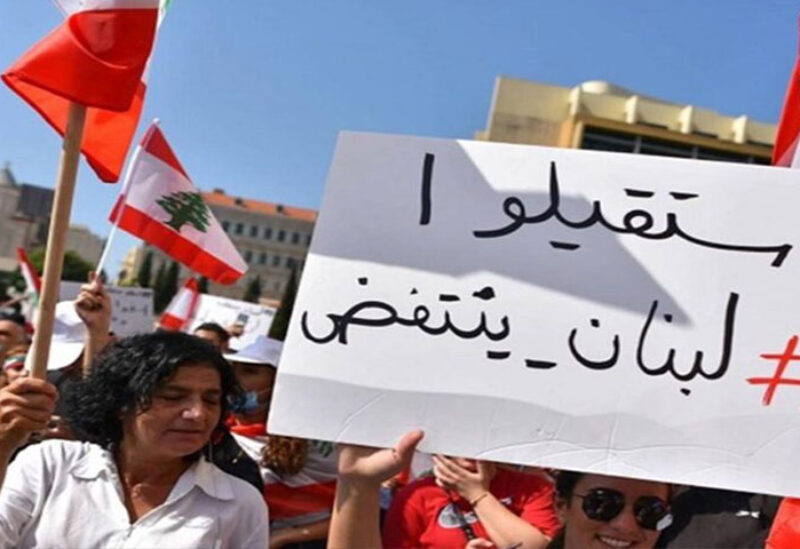 Lebanon could sink like the Titanic, only with no survivors, unless its feuding politicians finally form a government able to deal with its collision of crises.

That is hardly news, one might think. Except it was said by the speaker of parliament, former warlord Nabih Berri, Lebanon’s pivotal powerbroker since the 1975-90 civil war, a pro-Syrian who somehow maintains access in both Iran and the US even now. Berri, an ally of the Iran-backed Hizbollah paramilitary movement that ultimately holds the whip hand in this sinking Lebanon, was merely echoing remarks by French foreign minister Jean-Yves Le Drian in December, who said “Lebanon is the Titanic without the orchestra”.

Although no government is in sight, Berri’s peroration is at least a step up from the rancorous chorus of militiamen in suits, sectarian dynasts, oligarchs and bankers who purport to sail Lebanon, but have spent the past two years yelling at the iceberg to get out of the way. Berri was addressing a rare session of parliament, an almost toothless body that once went 11 years without passing a budget, but whose perquisites and privileges are such that MPs spend fortunes acquiring seats.

On this occasion, it approved expenditure on fuel imports from evaporating dollar reserves and a looted treasury — after the energy ministry warned that almost hourly power cuts would turn into a total blackout within weeks. Parliament has ostensibly ratified a law demanding repatriation of (some) stolen public funds; but it’s a dead letter since it does not activate any agency to pursue this. In an extraordinary outburst, Jamil al-Sayyed, a former spy chief, pro-Hezbollah MP and ally of Syria’s President Bashar al-Assad, said on the steps of the chamber: “What happened in there was a charade; we are lying to ourselves, we are lying to the [donor] nations, and we are lying to you”, the people of Lebanon. General al-Sayyed, who is the feared former head of the General Security directorate, knows the secrets of the state and its puppet masters.

It is, by now, no secret to anyone that Lebanon is hurtling towards collapse. Already prostrated by a compound financial, fiscal, debt and banking crisis, the coronavirus pandemic and last August’s vast explosion in the port of Beirut have squeezed any remaining life out of the economy.

The local currency has lost 90 per cent of its value. Dollar depositors are locked out of their accounts by an insolvent banking system that lent 70 per cent of its assets to a bankrupt state and central bank that cannot repay. The economy shrank last year by 25 per cent, according to the IMF, and the World Bank reckons 55 per cent of the population is below the poverty line. This year’s contraction is likely to be at least 10 per cent of gross domestic product, but the economy is shrinking too fast to know.

Lebanon has been without a government since the cataclysmic port blast, after its predecessor was toppled by a popular revolt against the entire political class 18 months ago.

President Michel Aoun, ageing leader of the largest Christian party backed by Hezbollah, has had 18 fruitless meetings with Saad al-Hariri, prime minister-designate and the son of a slain former premier. Are you under 35? Which issues concern you most? We want to hear from readers aged between 16 and 35 on what life is like, and which problems need fixing most urgently. Housing? Education? Jobs? Pensions? The environment? Tell us about your experiences via a short survey.

Aoun, influenced by his dauphin son-in-law, Gebran Bassil — who had sanctions imposed on him by the US for corruption and Hezbollah links — insists on an unwieldy cabinet of placemen rather than technocrats, in which they would have veto rights. Lebanon’s power-brokers refuse to engage seriously with IMF bailout plans (they sent four delegations to the opening meeting a year ago).

Donors led by the US, France and the UK are ready to support a government committed to reform. But the political class refuses to form one, fearing exposure of its collective peculation. Hezbollah wants to bide its time and see what emerges from the Biden administration’s attempt to re-engage with Iran. It does not want to jeopardize its valuable Christian alliance, or run any risk to its power.

Aoun, says one official who sees him regularly, “is not ready to make any concessions at all” since Bassil had sanctions imposed. Yet “you cannot find a solution to our crisis without the IMF”, he argues. “It is our passport back into the international community and the financial markets.”

An ally of prime minister-designate Hariri puts it even more bleakly: “So they hold the country hostage, saying, ‘Let’s see if we can last a bit longer’ — but nobody knows where the breaking point is.”