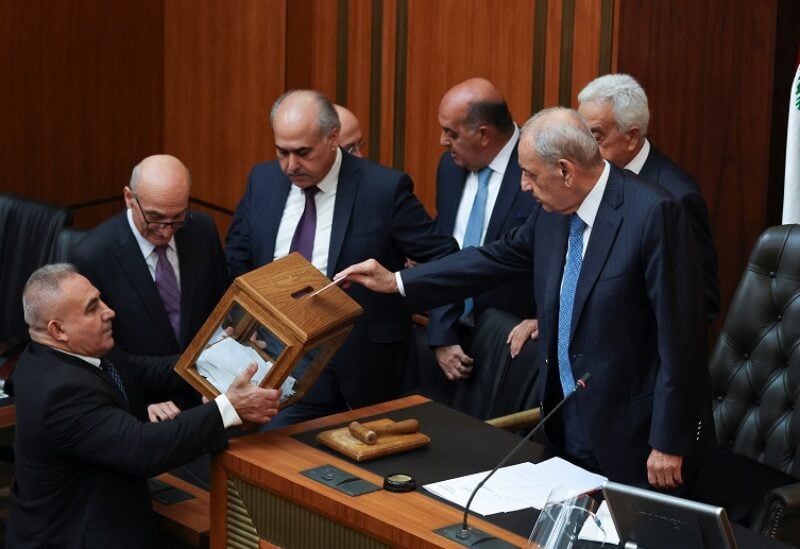 For the eighth time, and despite the deepening impact of the political deadlock on the country’s economic woes, lawmakers in crisis-hit Lebanon failed to elect a new president on Thursday

Lebanon has been without a head of state for a month after president Michel Aoun left office at the end of October with no successor.

Parliament is split between supporters of the powerful Iran-backed Hezbollah movement and its opponents, neither of whom have a clear majority.

Lawmaker Michel Moawad, who is seen as close to the United States, won the support of 37 lawmakers Thursday — well short of the required majority — while 52 spoilt ballots were cast, mainly by pro-Hezbollah lawmakers.

Only 111 of parliament’s 128 lawmakers showed up for the vote.

Some MPs wrote in mock choices on their ballots, with one vote cast for Brazil’s leftist president-elect Luiz Inacio Lula da Silva.

Parliament is “not shouldering its responsibilities,” charged lawmaker Antoine Habchi of the Lebanese Forces, a Christian party opposed to Hezbollah.

Electing a president, naming a prime minister and forming a government can take months or even years of political horse-trading.

Lebanon can ill-afford a prolonged power vacuum as it grapples with a financial crisis dubbed by the World Bank as one of the worst in modern history, with a currency in free fall, severe electricity shortages and soaring poverty rates.

The country’s caretaker government is unable to enact the sweeping reforms demanded by international lenders as a condition for releasing billions of dollars in bailout loans.

Hezbollah opposes Moawad’s candidacy, and the Iran-backed group’s leader Hassan Nasrallah called last month for a president ready to stand up to the United States.
Moawad has good relations with Washington and has repeatedly called for the disarming of Hezbollah — the only faction to keep its weapons after the end of Lebanon’s 1975-1990 civil war.

Former president Aoun’s own election in 2016 followed a more than two-year vacancy at the presidential palace as lawmakers made 45 failed attempts before reaching a consensus on his candidacy.

By convention, Lebanon’s presidency goes to a Maronite Christian, the premiership is reserved for a Sunni Muslim and the post of parliament speaker goes to a Shiite Muslim.

Parliament is expected to convene for a new attempt to elect a president on December 8.