Lebanon must ration subsidies before reserves run out: finance minister 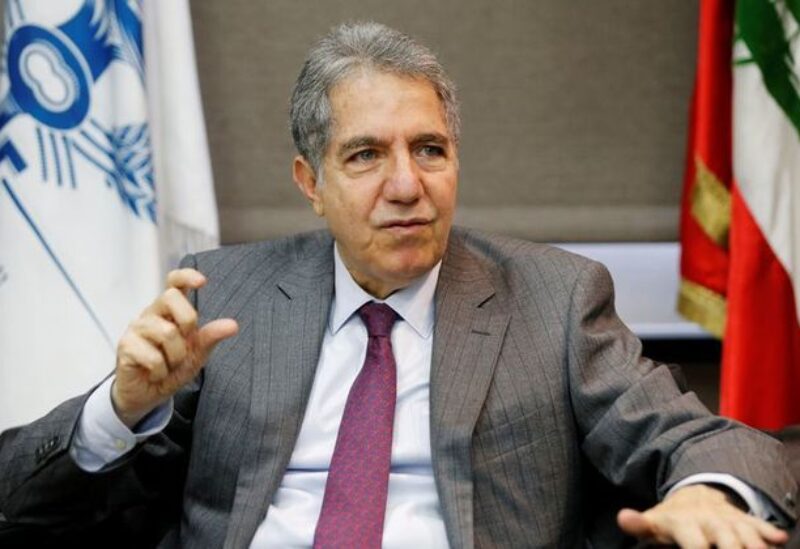 FILE PHOTO: Lebanon's Finance Minister Ghazi Wazni gestures as he speaks during an interview with Reuters in Beirut, Lebanon March 12, 2020.

Lebanon will run out of money to fund basic imports by the end of May, and delays in launching a plan to reduce subsidies are costing $500 million per month, the caretaker finance minister, Ghazi Wazni, told Reuters on Thursday.

“The cabinet must speed this up. The cost of wasting time is very high. With every delay, it becomes higher,” he added.

Lebanon’s financial meltdown is fueling unrest and hunger in the country’s worst economic crisis since its 1975-1990 civil war.

The subsidy plan scales down a list of subsidized foodstuffs from 300 to 100 goods, reduces medicine and fuel subsidies and introduces a ration card for 800,000 poor families, to roughly halve $6 billion in annual spending on subsidies, the finance minister said.

The overall subsidy plan will have to get the green light from parliament since it must approve funding for the cards, and the caretaker premier in turn wants the introduction of the cards tied to subsidy removal, he said, outlining a process that will likely take time.

Meanwhile, foreign reserves are draining away faster than officials are taking serious steps to ration the money left, back key imports and help the most vulnerable in the country.

The local pound currency has lost most of its value since late 2019, making more than 50% of the population poor as prices soar.

Still, bickering politicians have yet to agree a rescue plan or a new cabinet since the outgoing administration stepped down in August over the large explosion that shook the Beirut port, killing more than 200 people and injuring thousands others.

“If the central bank’s foreign reserves keep depleting in the future, at the end of the day these will be what’s left of deposits,” he added.

Central Bank Governor Riad Salameh, who has said obligatory reserves should not be used to fund imports, did not immediately respond to a request for comment on the figures.

Along with its subsidizing of the food basket, the central bank has also relied on reserves to subsidize fuel, wheat and medicine as dollar inflows dried up.

Remarks about a looming end to subsidies have fueled panic buying and fears of shortages in a country heavily relying on imports.

Wazni said the prospect of a “harsh reaction” to lifting subsidies posed a challenge. “Today, the problem is this is a caretaker government, and this is a difficult decision socially…but it is necessary. It should have been done already.”

Joining a chorus of Lebanese and foreign officials urging political leaders to end a stalemate in talks for a new cabinet, Wazni warned that without one, havoc would ensue.

To unlock badly-needed foreign aid and cash, a new government will have to revive IMF talks, reform the public finances and address graft at the heart of the crisis.

“This would kickstart the rescue operation. This is a political decision,” Wazni said. “But without a credible cabinet, in a few months things will get worse and worse. …Poverty, misery and unemployment will rise even more, prices will keep soaring, and there will be chaos.”