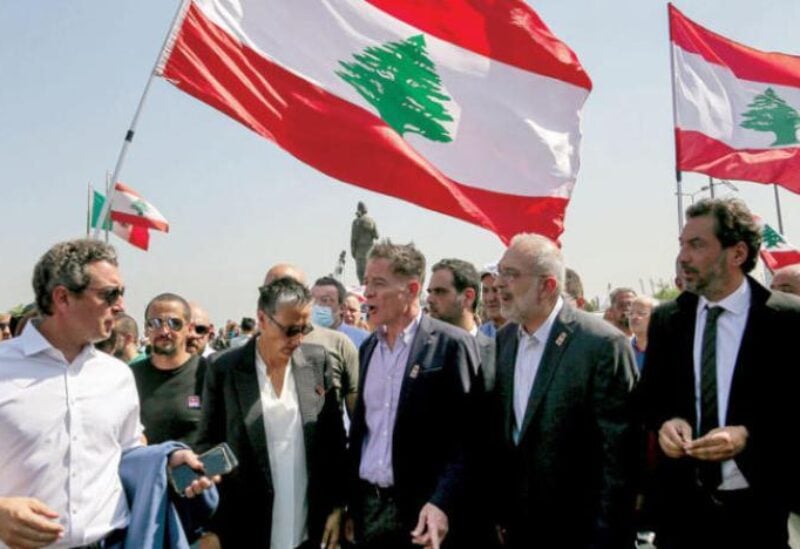 Lebanon’s opposition deputies have expressed fears of a “new deal” between the Shiite duo – represented by Amal and Hezbollah – and the Free Patriotic Movement (FPM), which would grant them the necessary majority to tailor the future government and elect a new president of the republic in October.

Those fears are actually based on Tuesday’s parliamentary session, which saw the re-election of Parliament Speaker Nabih Berri for a seventh consecutive term and the election of FPM MP Elias Bou Saab as deputy speaker, within the framework of an undeclared agreement between the Shiite duo and the FPM, as described by some lawmakers.

The opposition deputies explained that Berri and Bou Saab have both received 65 parliamentary votes, as a result of a prior agreement between the two blocs. The head of the FPM, MP Gebran Bassil, had denied this claim, asserting that his bloc had cast a blank vote in the speaker’s election.

In this regard, the head of the National Liberal Party, MP Camille Chamoun, justified this agreement by “the tripartite alliance’s fear of the arrival of a large and effective force to the Parliament.”

In remarks to Asharq Al-Awsat, he said: “The people, who gave us their confidence, want actions and a clear methodology to achieve their interests, not the interests of politicians.”

He called on the forces of change to reach out to the opposition deputies from the traditional political blocs, and to coordinate fully in order “to prevent the other side from consolidating its power.”

Hezbollah had succeeded before the parliamentary elections at ending a rift between its allies, the Amal Movement and the Free Patriotic Movement, and overcoming their differences of interest. This was emphasized by the member of the Strong Republic bloc (Lebanese Forces), MP Fadi Karam.

Karam said that he had “no doubt there was an agreement between the Shiite duo and the Free Patriotic Movement, as a result of which they won the main parliamentary positions.”

This group “cannot protect itself except by the positions it has won, by consolidating its presence in power…” he stated.