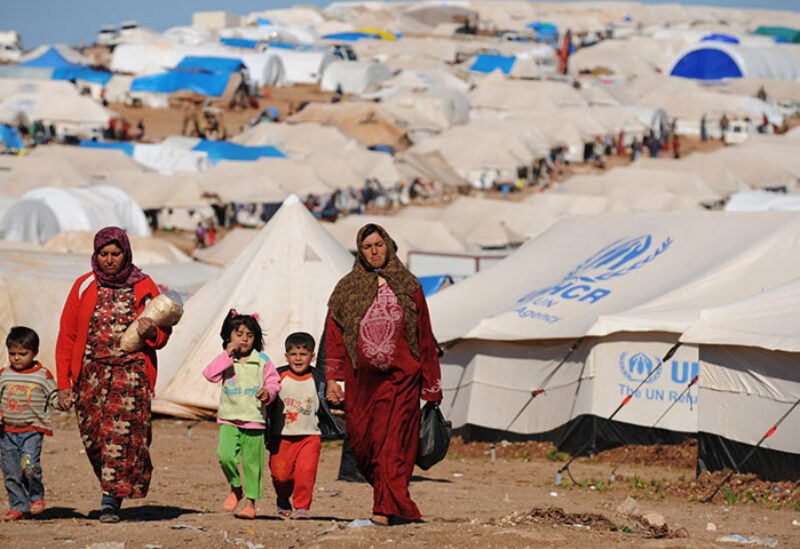 Syrian and Palestinian refugees in Lebanon

Lebanon is again trying to return Syrian refugees on its territories back to their war-torn country.

Caretaker Minister of the Displaced Issam Sharafeddine revealed that intense talks are underway with Syria to ensure the “safe and dignified” return of refugees to their home.

The plan enjoys the support of Lebanese President Michel Aoun and his political team, Maronite Patriarch Beshara al-Rahi and Christian leaders, including head of the Lebanese Forces, Samir Geagea.

The plan however, lacks international guarantees that would ensure that the Syrians are protected and enjoy social support once they go back home.

Sharafeddine has discussed the return of refugees with Aoun.

The Syrian state, he revealed, has been receptive of the Lebanese efforts and is ready to provide shelter and the necessary infrastructure and make sure the refugees return to their villages and towns.

Should the plan go ahead, the minister is hoping that some 15,000 refugees would leave Lebanon each month.

The plan is in line with a legal study carried out by Dr. Paul Morcos, president of the JUSTICIA legal firm. The study is based on Lebanese laws and an understanding signed between Lebanon and the United Nations High Commissioner for Refugees (UNHCR). It also adheres to international treaties signed by Lebanon.

He revealed that he had discussed it with UNHCR representative in Lebanon, Ayaki Ito.

“We agreed on some points, while others require more revision,” said the minister.

The representative expressed concern over the fate of opponents of the Syrian regime. The minister suggested that the opponents would sign a declaration that they would not discuss military affairs in Syria or the Commission could deport them to another country.

Morcos told Asharq Al-Awsat that the Lebanese people are unanimous in supporting the return of Syrian refugees to their homes.

Lebanon cannot support the burden of the 1.8 million Syrians it is harboring, he added.

He cited a UNHCR memo that says countries have the legal right to expel people it believes no longer need international protection and that their countries of origin have a duty in repatriating them.

Their return must be humane and dignified and their rights must be fully respected, he added.

Morcos said the Lebanese plan takes into account refugee concerns that they may be forcefully returned home. He added that his study legally obligates Lebanese authorities to grant any refugee enough time to object against their deportation and provide the justifications for it.

Former Minister of the Displaced Maeen al-Merehbi criticized the new deportation plan, saying it was “doomed to fail.”

In remarks to Asharq Al-Awsat, he noted that Syrians from the Homs countryside, al-Qusayr, al-Qalamoun and other areas bordering Lebanon are barred from returning home.

Refugees from those regions are under constant pressure to sell their properties as part of the forced displacement and demographic change in those areas.

“The best way to facilitate the return of Syrians to their country starts with putting an end to oppression practiced by Bashar Assad’s gangs against the returning refugees,” he stressed.

He cited how returning refugees are often victims of abduction, terrorized, killed and those eligible, are forced to enlist in the military.

The return of refugees is constantly tied to a political solution in Syria that is beyond reach.

Merehbi recalled a past Russian initiative to return the displaced, which he said turned out to be a “media ploy to garner Arab and international support to rebuild Syria, when in fact the Russians were the real partners in the displacement of the Syrian people.”

He criticized caretaker Lebanese Prime Minister Najib Mikati for joining the plan to return the refugees home, saying he is “handing over the victims to the butcher and will be responsible for the lives that will be lost once they go back.”