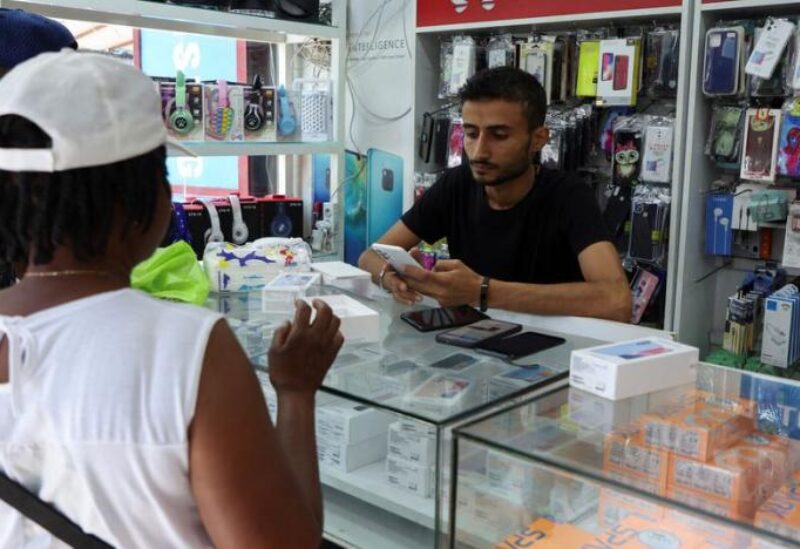 Kenyan cleaner Noel Musanga survived Lebanon’s economic meltdown, waves of COVID-19 and Beirut’s port blast. But when her internet provider announced rates would double, she feared her last lifeline to family and work would snap.

The freelance migrant worker already barely earned enough to survive. Now, the higher telecoms bill means she will have to ration her calls to relatives and potential employers.

“It will be like (being) in a deep hole,” Musanga said in her ground-floor apartment in the densely-populated Burj Hammoud neighborhood on the edge of Beirut.

Lebanon hosts an estimated 250,000 migrant workers primarily from sub-Saharan Africa and Southeast Asia, according to the United Nations.

Lebanon’s three-year financial downturn has only added to their woes, with employers abandoning domestic migrant workers in the streets as their monthly wages – between $150 to $400 – became too expensive.

Some went freelance, living on their own and taking on cleaning or nannying work to pay the bills.

But that has become harder by the day. Lebanon’s currency has lost 95% of its value while food and public transportation costs have risen roughly eleven-fold.

The internet is the next big challenge.

Until this month, Lebanon’s telecoms sector had continued to use the government’s old peg of 1,500 Lebanese pounds to the dollar to charge for phone calls, broadband and mobile internet.

With slim revenues, the state struggled to import enough fuel to run telecoms transmitter stations, leading to cuts in coverage throughout 2021.

To reverse that trend, Lebanon’s cabinet said telecoms tariffs would be calculated based on the much weaker flexible currency rate set by the government’s Sayrafa platform.

Using the government’s formula, that would cause up to four-fold increases in customers’ bills, according to digital rights group SMEX.

Musanga, who also volunteers as a migrant rights advocate, said that mark-up will be life-changing for vulnerable workers.

They would have to choose between paying for a home connection or a mobile one, which they would likely use less to conserve data packages.

It could also present a higher risk for workers seeking to escape abusive employers.

“All the time, I’m on the phone receiving complaints from the girls on contract who are in trouble … So, I have to have the internet to reach them and solve all these problems,” Musanga said.

The higher cost of living all-around also meant migrant workers had almost nothing left to send in remittances to their relatives back home.

“Now in Lebanon if you are here, you are wasting your time, wasting your energy … Because everything is expensive, and you’ll have nothing to save for yourself or send to your family.

So it’s better to go home,” she said.

The price jumps could even have an impact on the mental health of migrant workers and their families back home.

With cases of domestic violence on the rise across Lebanon since 2019, workers’ families back home would be in a constant state of worry if they didn’t hear from them, Kareem Nofal, communications specialist at the Anti-Racism Movement, said.

Live-in workers had relied on their phones and Wi-Fi connections to stay connected, particularly throughout the coronavirus pandemic, Tsigereda Birhanu, a 27-year-old advocate for migrant workers in Lebanon, told Reuters.