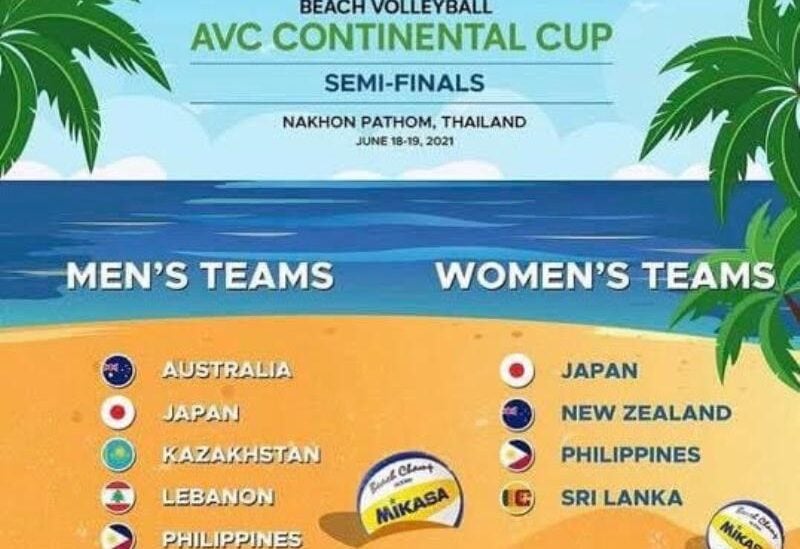 Lebanon is in the semi-finals of the Asian beach volleyball qualifying tournament for the Olympic Games, which begin next month in Tokyo, Japan.

The Lebanese delegation will fly to Thailand on Sunday, June 13 in the afternoon to take part in the event, which will take place on June 18 and 19. Lebanon, the Philippines, Australia, Japan, and Kazakhstan are among the five countries competing in the Asian Olympic qualifiers.

Lebanon qualified for the semi-finals after placing second in the West Asian Championship two years earlier, which it hosted.