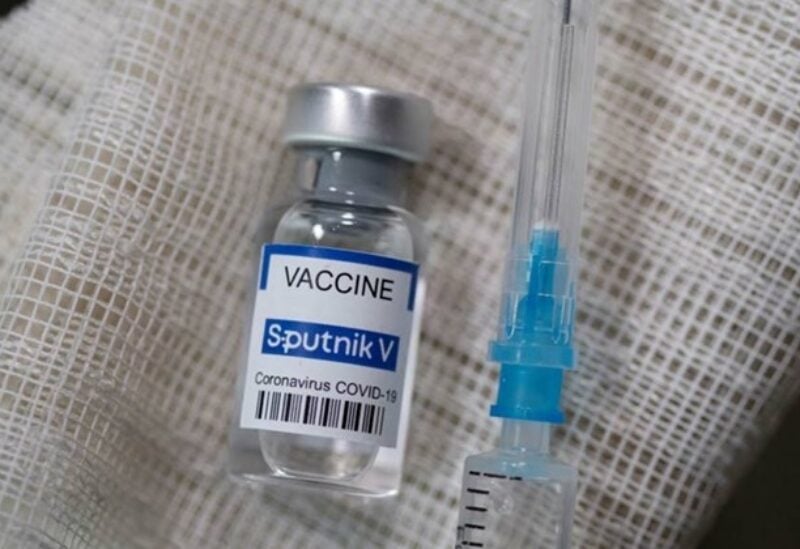 BEIRUT: Pharmaline, a Lebanese pharmaceutical company, is the first private sector initiative to assist the country’s national COVID-19 vaccination program with the arrival of 50,000 doses of Sputnik V Friday morning, the head of the company told The Daily Star Monday.

A total of 1 million vaccines from Russia have been secured by Jacques Sarraf, MP and owner of Pharmaline. Sarraf said they will be arriving in weekly batches to Lebanon from Sputnik V’s dispatcher in the Middle East.

Companies will be able to secure Sputnik V vaccines for their employees and their families, Sarraf explained. The news will be of relief to the Health Ministry who has been under fire for the campaign’s sluggish start and apparent lack of urgency.

The vaccines will be arriving to Beirut’s Rafik Hariri International airport, where they will then be transported to a hospital approved by the Health Ministry to store coronavirus vaccines.

Caretaker Health Minister Hamad Hasan has also made a new deal to secure 750,000 Pfizer-BioNTech vaccines arriving during May and June. Lebanon is six weeks into its vaccine rollout and has currently received 224,640 doses from the German-US partnership, of which 150,253 have been administered to health care workers and the elderly over 75 years – around 1.5 percent of the total population.

Lebanon has also been expecting a shipment of the UK-made Oxford-AstraZeneca COVID-19 vaccine, but after a health scare over the jab in some European countries last week the arrival was delayed. Denmark and Norway temporarily halted the vaccine’s rollout after reports of a small number of patients suffered from blood clots post inoculation.

However, the World Health Organization along with the European Medicines Agency clarified concerns stating that the benefits of the vaccine in combating COVID-19 outweigh any risk, and that the vaccine is not associated with an increased risk of blood clots.

Dr. Mohamad Haidar, adviser to the Caretaker Health Minister confirmed to The Daily Star Monday that Lebanon would be receiving AstraZeneca doses this week following the approval from the WHO and EMA, but was unable to confirm the exact day.

“Now everything is clear, [we] are waiting for the arrival this week. The number [of vaccines] is not fixed yet [but] we hope this week and next week we will have almost 100,000 doses,” he said.

Haidar explained that the vaccine will be administered in 32 additional vaccination centers across the country, bringing the total to around 60. He also said the second phase of the Health Ministry’s priority grouping will begin with the arrival of the AstraZeneca jabs.

At present, Lebanon is vaccinating on average around 40,000 people a day, according to Haidar. Doctors have been urging the ministry to speed up, as the health sector battles with rising cases of the infectious disease in conjunction with waning public compliance on lockdown and social distancing measures.

Other Middle Eastern nations such as the United Arab Emirates, Jordan, and Egypt have also struck deals with Russia to import Sputnik V. Trial data published in the respected British medical journal The Lancet last month showed the vaccine to be 92 percent effective at preventing COVID-19, one of the highest vaccine efficacy rates to be developed.

Haidar explained that the Sputnik V vaccine will be distributed by a prioritization of industries which are deemed at higher risk of disease such as health and agriculture, and for factories where it is difficult to social distance and their closure is disruptive to society’s functioning.

“We will start with industries of health, agriculture and food,” followed by public transport like taxis and buses drivers, Haidar said.

The government has been under pressure from industrialists since the start of the COVID-19 pandemic to allow factories to keep operating even when strict lockdowns have been in place.

The Sputnik V vaccine will be sold by Pharmaline to approved companies and organizations at the cost of $38 for the required two doses, and applications to apply will open Thursday.

Sarraf said that companies will have to pay in fresh dollars, either in cash or bank transfer. “Nobody will have the rights to sell [the vaccine], it will be directly for the employees,” he added.

Seventeen Health Ministry approved centers will be available for companies to choose where to have the jab, according to Sarraf.

Various municipalities have begun to secure vaccines outside the Health Ministry’s campaign, including in Byblos, where they announced Monday that Sputnik V vaccines from Pharmaline would be available for residents aged 64-75 with chronic diseases.

While in the north, Akkar’s Qobeiyat Municipality announced that residents can register for the Chinese-developed Sinopharm COVID-19 vaccine through a municipality platform. Local Future Movement MP Hady Hobeiche secured the doses from a donation made by fellow Future politician Prime Minister-designate Saad Hariri.