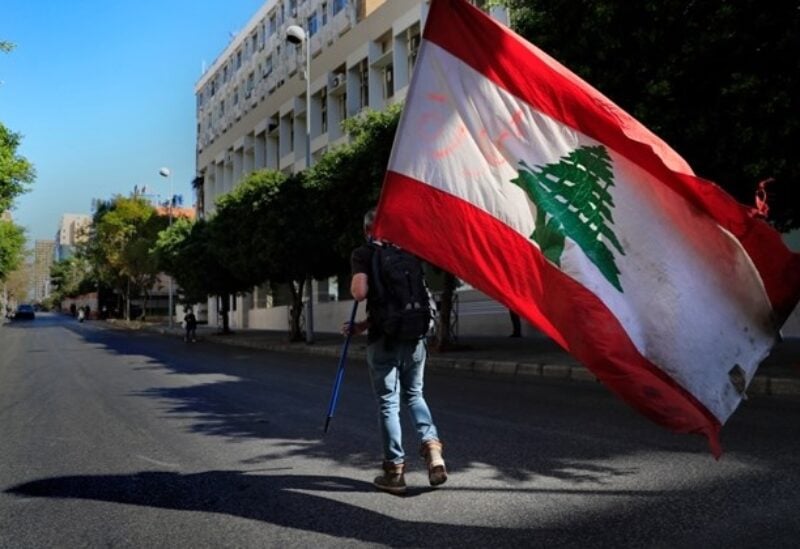 BEIRUT: Lebanon is battling its worst economic crisis since the 1975-1990 civil war. The national currency is in freefall, while poverty and unemployment are on the rise.

Here are some numbers:

The Lebanese pound has lost around 90 percent of its value against the dollar on the black market in 18 months of crisis.

While the currency remains officially pegged to the greenback at 1,507 Lebanese pounds, the exchange rate has shot up to around 15,000 on the black market.

Some 55 percent of Lebanese live below the poverty line of 3.84 dollars a day, the United Nations says.

Up to 23 percent of Lebanese live in extreme poverty, compared with just eight percent in 2019.

The price of a basket of key survival items such as rice, pasta and cooking oil has almost tripled since October 2019, the WFP says.

The price of subsidised bread has risen by 91.5 percent since May 2020, as the cash-strapped government has gradually increased the price of a large packet of flatbread while also diminishing its weight.

The price of meat has increased by 110 percent over the past year, while the cost of chicken has risen by 65 percent, the World Bank says.

Before the economic crisis broke in 2019, the median salary in Lebanon was more than 950,000 Lebanese pounds, official statistics show.

While that salary was worth around $630 dollars before the crisis, its value on the black market on Tuesday was just $63.

From 2019 to 2020, full-time employment dropped by 40 percent in the construction sector, while it fell by 31 percent in the hotel and restaurant sector, the United Nations says.

That is equivalent to 171 percent of GDP, the International Monetary Fund says.

On March 15, the central bank had $17.5 billion in reserves, its website said, even if analysts have alleged the figure is likely lower.

At the end of February 2020, it had stood at $30.3 billion, Byblos Bank analysts said, explaining the drop was mainly due to spending on subsidies including wheat and fuel.

Lebanon’s balance of payments deficit reached $10.2 billion by the end of November 2020, almost double that registered a year before, central bank statistics showed, according to a report by top lender Bank Audi.

The government has spent $40 billion on the power sector since 1992, accounting for 40 percent of public debt, a report by the American University of Beirut has said.

Yet the state utility covers only 63 percent of electricity demand, which results in rolling blackouts, a December study by the AUB said.

Even as it battles with economic crisis, Lebanon has recorded at least 418,448 Covid-19 cases since early last year, 5,380 of them fatal.

A massive explosion at Beirut port last year killed more than 200 people and ravaged swathes of the capital.

It caused between $6.7 billion and $8.1 billion in damage and economic losses, the World Bank said.

Lebanon’s more than six million inhabitants include around 1.5 million Syrians who have fled war in their homeland, of whom almost one million have been registered as refugees with the United Nations.

Nine out of 10 Syrian refugee families in Lebanon live in extreme poverty, the UN says.

Nearly 180,000 Palestinians also live in Lebanon, according to an official census.

In a May 2020 survey, 80 percent of respondents said they had lost their job or seen their salary reduced, the UN agency for Palestinian refugees said.