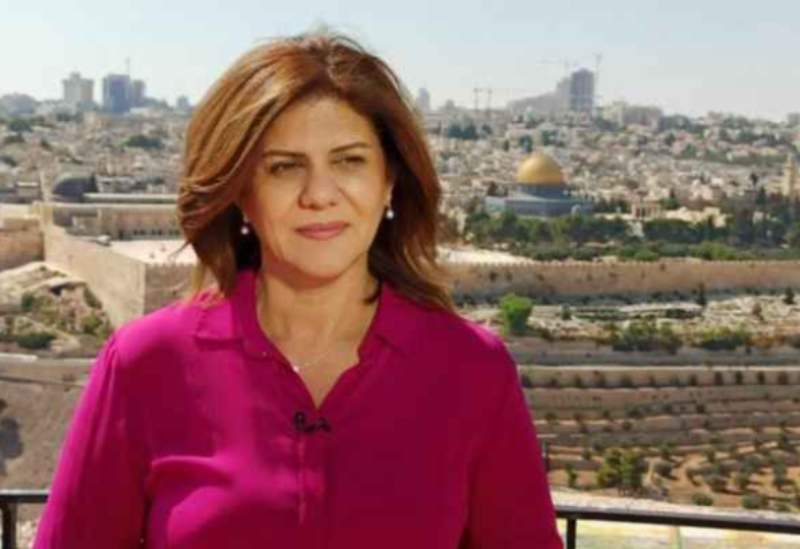 Lebanon’s Editors’ Syndicate Head, Joseph al-Qosaifi, on Wednesday strongly condemned the killing of fellow Palestinian field journalist, Shereen Abu Aqleh, with bullets fired in the head by the Israeli occupation forces, which also left  journalist Ali Samoudi — who works for the Al-Quds newspaper — with serious injury after being shot in the back.

“Abu Aqleh is a martyr of her professional duty in her homeland, Palestine, and in the outskirts of Jenin, which is exposed daily to the most heinous practices of an occupying rapist,”  al-Qosaifi said.

“Our colleague, Abu Aqleh, is one of the Arab female journalists and media professionals who were distinguished by a high degree of professionalism, and she was present on every occasion. Her loyalty to Palestine, her love to her land, and her commitment to its cause were never matters to be questioned in her dictionary,”  al-Qosaifi added.

Offering his heartfelt condolences on the death of Abu Aqleh, the Editors’ Syndicate Head called on the International Federation of Journalists, the General Union of Journalists, as well as international and Arab human rights organizations and bodies to launch a broad campaign to denounce and condemn this crime and to file cases against Israel before international courts in order to convict it for its shameful and heinous act.