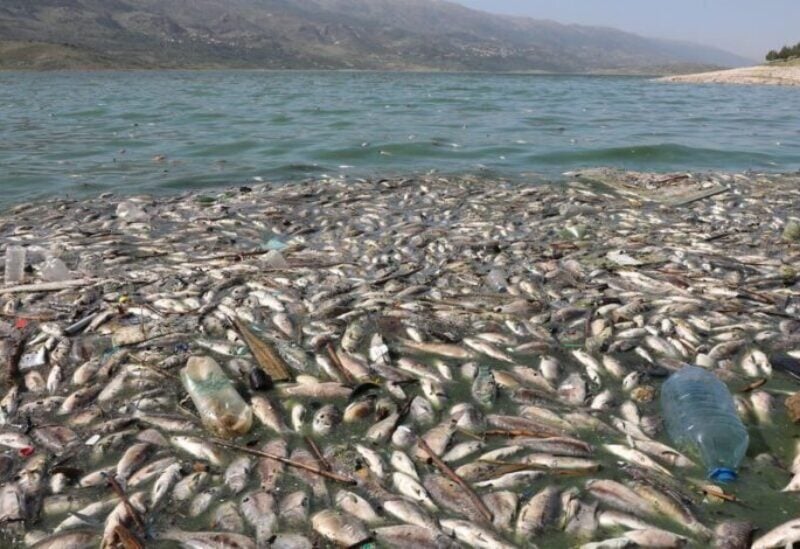 Lebanon’s Ministry of Public Health has sounded the alarm over the dead fish that were washed up on the banks of Qaraoun lake, warning citizens of the health risks they could suffer if they consume any.

In a statement issued on Saturday, the ministry warned citizens of “the danger of consuming fish of unknown origin after a huge number of carp died in Qaraoun lake, and after it was revealed that some people are selling the dead fish in violation of the laws and public safety conditions”.

The ministry stressed it will “follow up on the case of dead carp fish and its health repercussions,” calling on citizens “not to hesitate to report any ill symptoms they (might) feel after consuming fish” so that specialists would follow up on the matter and verify whether it is linked to the dead fish “phenomenon” in Qaraoun.

The Ministry of Public Health also urged municipalities and the consumer protection authority to “work on protecting the Lebanese market from those who (would) take advantage of the incident to make illegal profits at the expense of the citizens’ health.”

On April 28, tonnes of dead fish washed up on the shores of Qaraoun lake on Lebanon’s Litani river, engulfing a nearby town in a pungent smell, in a catastrophe blamed on polluted waters.

Volunteers collected rotting fish carcasses near the lake on Lebanon’s longest river, the Litani, where activists have warned for years of water pollution caused by waste and sewage.

The river authority announced this week that the fish were toxic and carried a virus, calling on people to avoid fishing all along the Litani due to “an aggravated disaster that threatens public health”.

The contamination prompted a ban since 2018 on fishing in the reservoir, which was created in 1959 with a large dam to collect water for irrigation and hydropower.

In the same regard, volunteers last month removed clumps of sticky tar from some beaches along the Lebanese coast in the wake of an oil leakage which environmentalists warned would be harmful to marine life.

Ecological catastrophes are the last thing Lebanon needs as it grapples with an alarming financial meltdown and the aftermath of a massive blast that devastated the Port of Beirut last August.